In his text "Arguing and Bargaining in Two Constituent Assemblies", Jon Elster maintains that constituent processes can be understood in a general way by having recourse to two types of 'linguistic acts': arguing and bargaining. This theoretical model is utilized by Elster for the purpose of analyzing: 1) the role of national argument; 2) the role of bargaining based on 'promises' and 'threats.' More specifically, Elster underlines the role of rational arguing in constituent processes and maintains that even those who are driven by merely selfish interests can be obliged or induced to replace the language of selfish interests with that of impartial arguments. Elster attributes such type of 'replacement' to what he calls 'the civilizing force of hypocrisy.' However, Elster also makes reference (without further explanation) to a third type of 'linguistic acts', i.e. 'rhetorical declarations aiming at persuasion', describing such as an appeal to the passions of the audience, rather than to the rationality or interests of the same. This is the reason why Elster's model seems to be triadic: arguing (based on rational arguments), bargaining (over interests) and persuasion (appeal to passions). For the purpose of analyzing real constituent processes it may be interesting to verify and, if necessary, to develop this triadic model, possibly combining it with other concepts developed in the legal sphere, such as that of the so-called 'incompletely theorized agreement,' proposed by Cass Sunstein as a peculiar legislative technique, the aim of which is to reduce the likelihood of conflict. The article then takes into consideration, to that end, some passages of the debates in the Constituent Assembly of Italy, limited to the discussion surrounding Article 29. 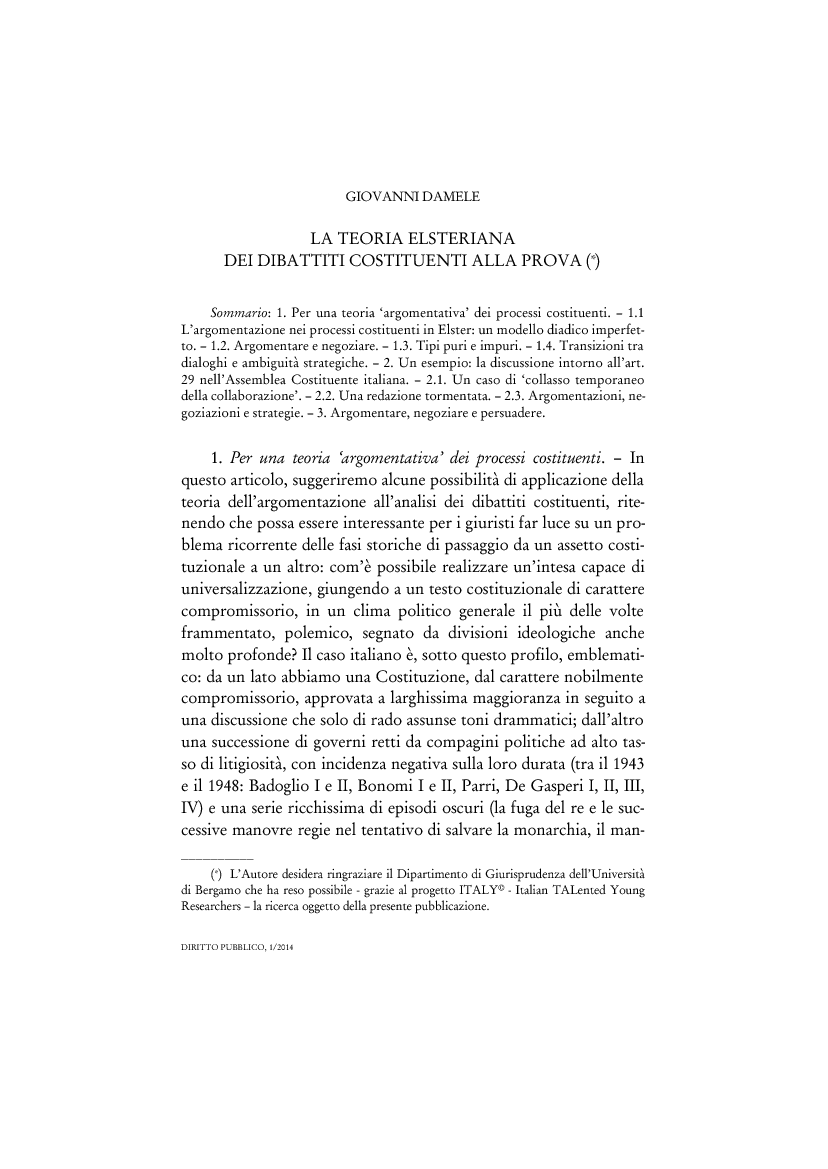