The dimension central still today of constitutional conventions in the English experience can be perceived beginning from the historic evolution of them and from the observation that they have permeated and continue to permeate many of the central aspects of constitutional law and, in particular, of the form of government. Their framing, even long after the divergent reconstructions of Dicey and Jennings, continues nonetheless to be uncertain and can be read in the minimal terms of a 'prescriptive picture of what might happen in certain constitutionally relevant situations'. Lately new lymph has been provided for the development of conventions by the expansion of devolution, which, along with the ordinary forms of transfer of functions, has introduced procedures for agreement assigned to informal mechanisms, at times of a 'soft law' nature, which have revitalized the convention dimension in a perspective no longer tied just to the area of government. In conclusion, with respect to the ambition of those who deem it possible today to provide for constitutional codification, the author revalues the role of conventions as a moment of balancing respect for tradition and adjustment to new historical-political conditions, as demonstrated precisely by the evolution of the form of government, the relationship of the organs of government with the courts, and devolution itself. 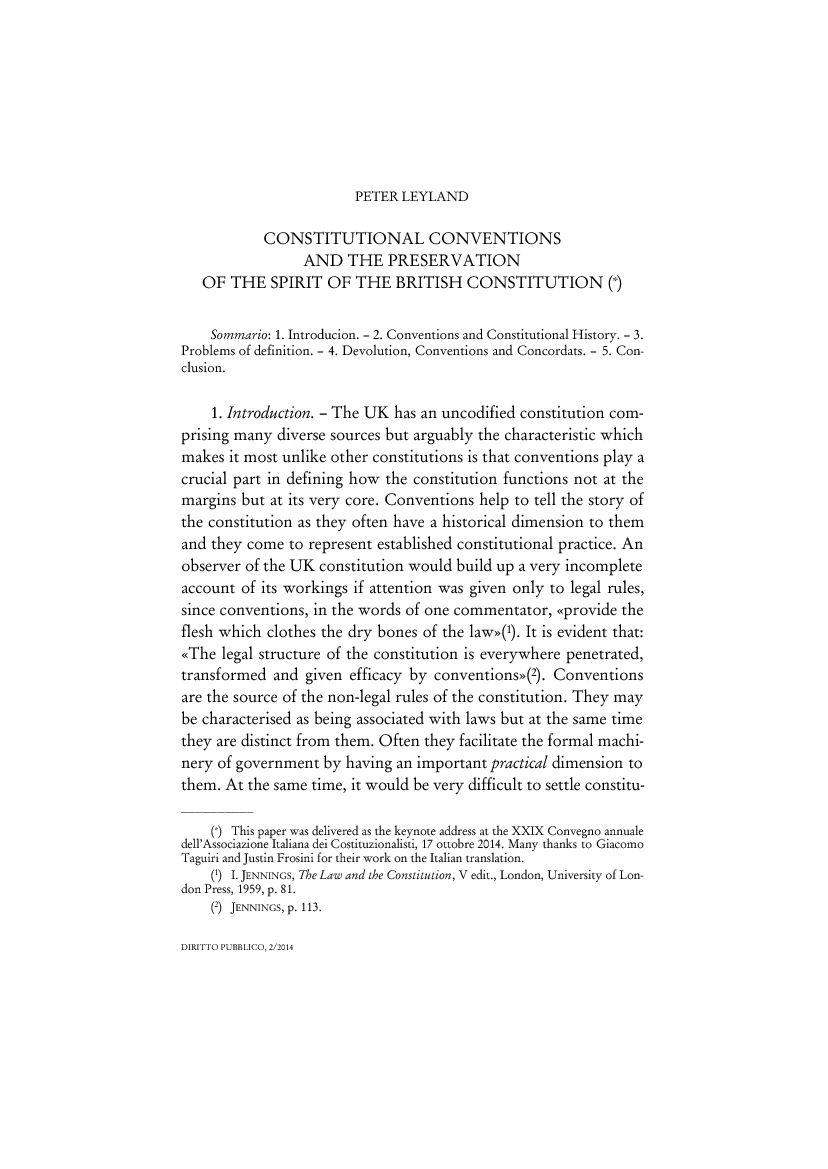