Starting from the observation that reference, in the jurisprudence of the Constitutional Court, to customs, conventions and praxis is more frequent than traditionally believed, the author offers a reconstruction of the role filled by material constitutional law which, albeit in its unitary nature, takes into account the different importance (not only normative) and the different problems raised by the three figures examined. As for customs (and constitutional customs in particular), the jurisprudence of the Court in fact shows, beyond two well-known pronouncements, numbers 129 of 1981 and 7 of 1996, a vast typology of the employment of this source-fact, utilized not only as a parameter of constitutionality, but also as an interpretative instrument able in any case to guide the self-integration of the constitutional text. The analysis of the jurisprudence, in particular, demonstrates the validity of the proposition holding that to constitutional custom must recognized the nature of source without rank, because able to absorb the rank from the nature of the principle pertaining to it from time to time and, above all, the fact that its predominant (if not exclusive) function lies in becoming part of the fabric of constitutional principles and in the relevant balancing, contributing to give substance to those that are implicit and consequently to stabilize the scope thereof. With regard to conventions, the author notes how the infrequent references to them in constitutional jurisprudence reflect, even before the much more magmatic nature of such instrument, the substantial extraneousness of the Court to the area from which can emanate agreements of a conventional nature, which primarily involves the organs included in the circuit of political direction. As for praxis, finally, the difficulty in delimiting the reach thereof, inasmuch as a term that connotes - unlike customs and convention - data of reality, does not prevent recognizing a specific dimension thereof in the judgement of constitutionality, formed by the fitness of the judgements in which it emerges as such (e.g. in Sentence No. 360 of 1996) to unfold an efficacy of system, in which a diffusive capacity is recognized to the ascertainment of a specific violation, expression of a need for protection of the Constitution taken as a whole. 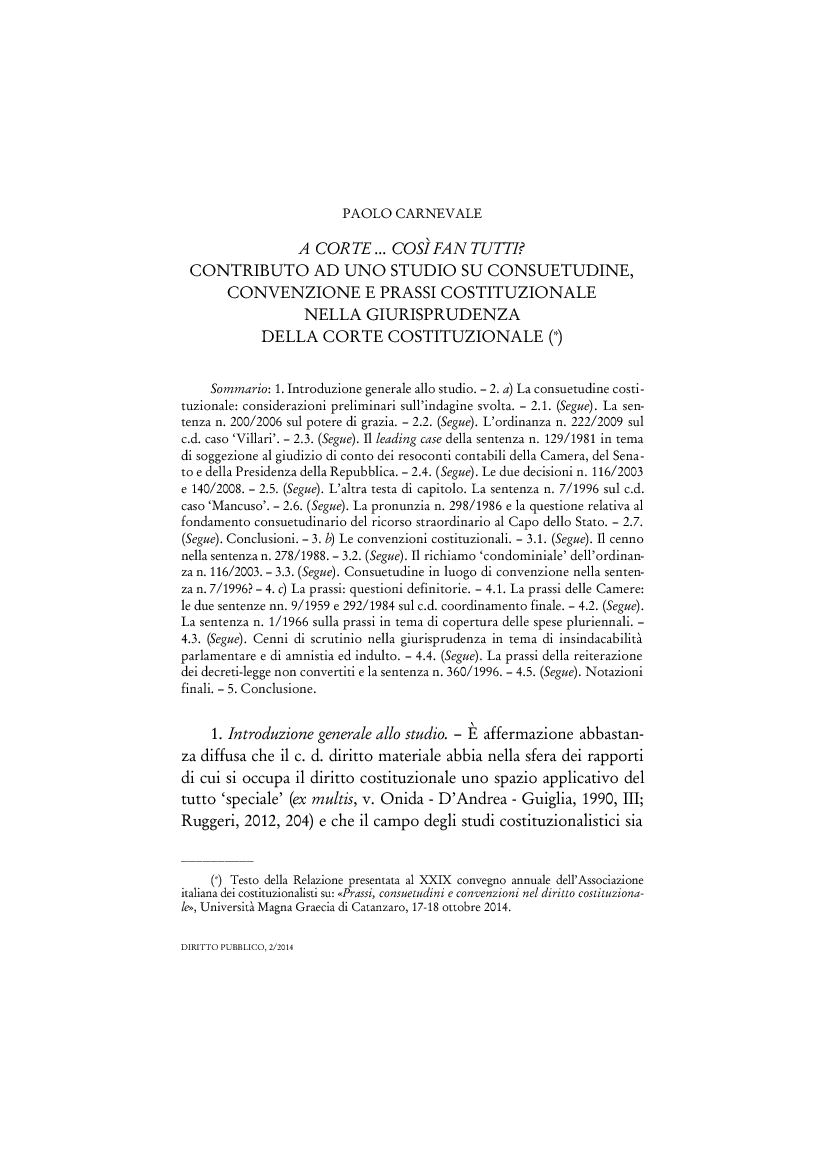