The principle of legitimate expectation has been the object of attention by doctrine with specific reference to administrative activity and to the exercise of the powers of self-defence. In this essay, instead, the author, while bearing in mind the administrative framework of the principle, examines in depth the operativeness in relation to the exercise of legislative activity, endeavouring to reconstruct constitutional jurisprudence and that of the supranational courts in the matter of expectation. In particular, after some comparative observations referred to Germany and to the European system, the essay concentrates on the distinction between expectation and the certainty of law, then going on to investigate the controversial constitutional foundation of expectation and its operative scope. Specifically highlighted is expectation understood as a limit placed on the adoption of retroactive provisions and on the problematic relationship between expectation and modification of lasting relations on the part of the legislator. The second part of the essay focuses attention on certain peculiar law typologies that pose greater problems in terms of the safeguard of expectations, particularly those of authentic interpretation and laws/measures that bear on lasting relationships. With regard to this, the different way of understanding the scope and operative nature of the principle being discussed by our Constitutional Court, by the European Court of Justice and the European Court of Human Rights is pointed out. Lastly, after having given an account of the bent for balancing that is proper to expectation in both constitutional law and administrative law, the author underlines how the distance between the courts in the matter of expectation is due, essentially, to the different way of understanding law and the power of discretion of the legislator, as well as to the overlapping of the normative and administrative act that is registered, principally, in the European system. 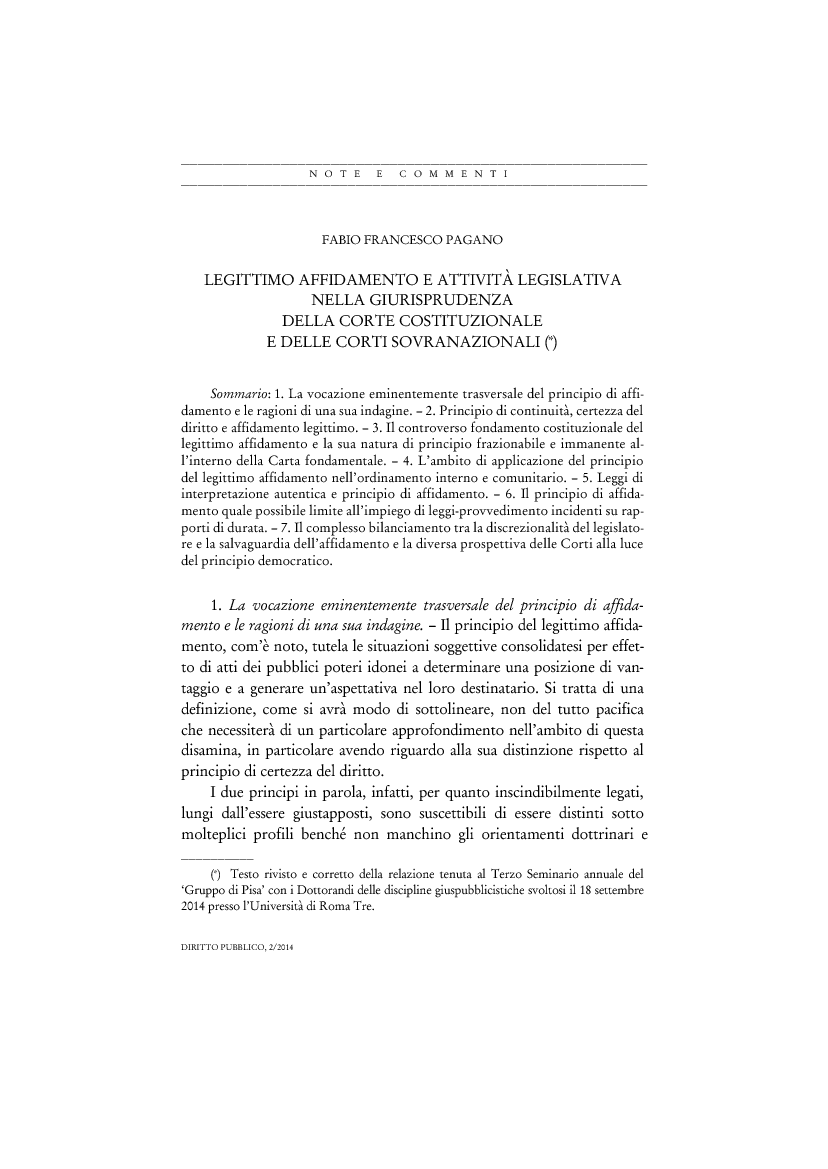