Against the background of the process by now over many decades that has marked the debate over institutional reforms, the physiognomy and the functions of the Senate are examined in depth as to how they are regulated under the constitutional bill on the initiative of the government known as A.S. 1429-A, introduced in the XVII Legislature. It is observed first of all how the attempted reform, both as a whole and with particular reference to the role of the upper house, is placeable in the wake of analogous reform initiatives that have animated recent debate, first of all the contribution coming from the "Commissione dei saggi" or Committee of Sages, instituted by the President of the Republic, and, subsequently, from the so-called "Commissione Letta" or Letta Committee. It is then endeavoured to single out in the comparative picture a model able to illustrate the institutional logic that underpins the model of representation of the Senate, centred on the predominant participation of the members of Regional Councils. The Austrian example, deemed closest to that proposed by the Government, nonetheless reveals the ri sks of a model not always able to valorise territorial pluralism with respect to strictly politico-party dynamics. 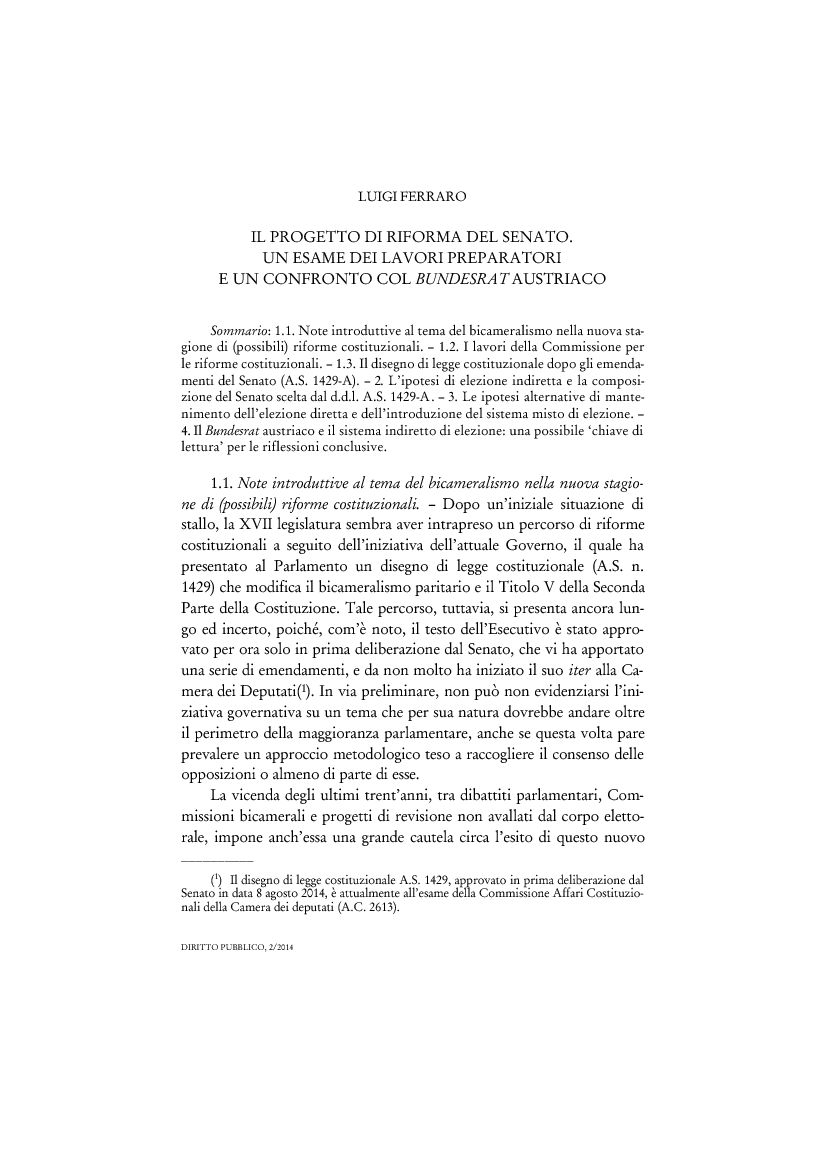