The central thesis of the work is that, in order to count, constitutional principles and rules necessitate legal concepts. In the current phase the safeguarding of constitutionalism, understood as a doctrine and praxis founded on the protection of rights and democratic legitimation of power, in fact requires a renewed discus- sion on the relationship between principles and rules. In recent times such a discussion has been a bone of contention between theses of a weak distinction (according to which a principle is a rule endowed with a higher degrees of generality) and theses of a strong distinction (according to which a principle expresses a rationality structurally different from that of a rule). Starting out instead from the idea that principles are intrinsically different from rules, embodying a value judgement, but nonetheless they require linkage to rules in order to be effective, the author claims that the mutual distinction/connection between them necessitates taking into account the legal concepts. The latter are to be understood as a compound of rules, organizational mechanisms and practices referring to a notion accredited in the literature, and expressly accepted or inferable from constitutions. The function of such legal concepts is in fact to introduce in the interpretative dynamics and applicative processes, changeable over time, regulation and stabilization of expectations. They are are valid both "ex parte populi", to fortify the institutions of guarantee and the reciprocal implication between democracy and state subject to the rule of law, and "ex parte principis" to safeguard regulatory tension in the governance of political conflicts. 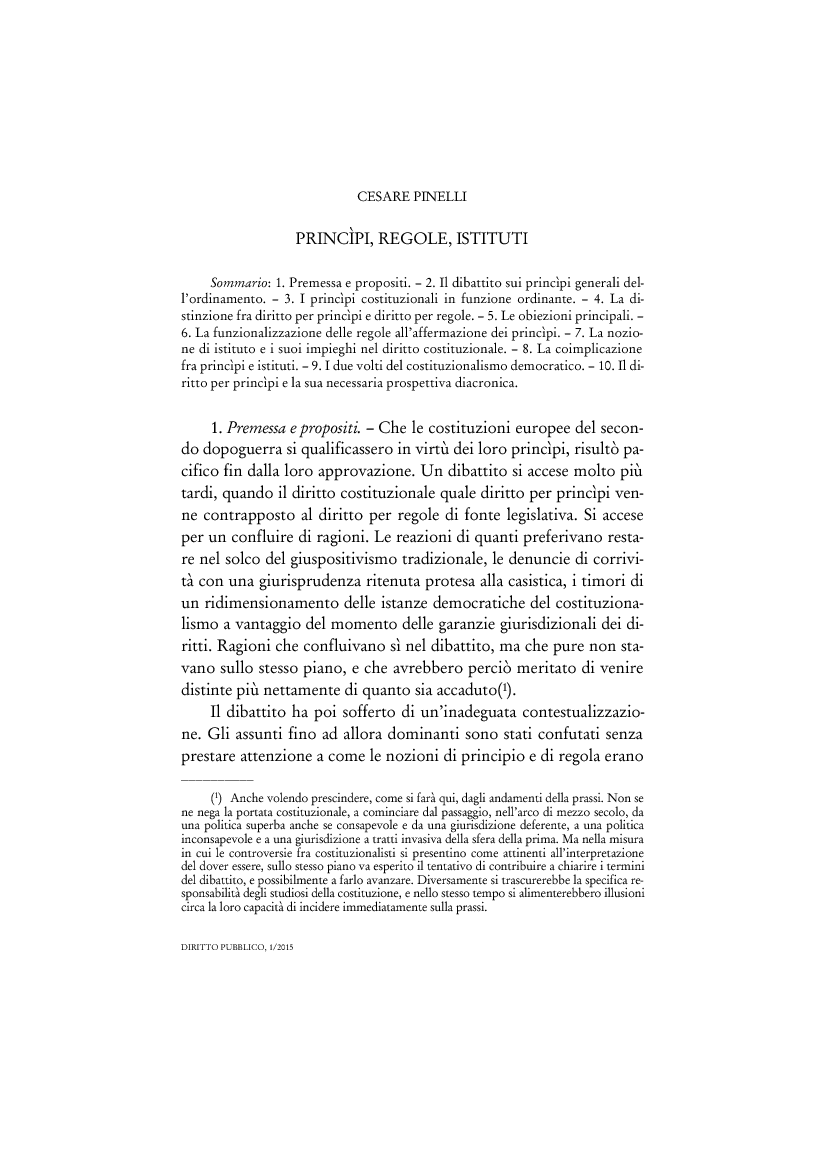