Recent statutory law and lastly the Act of Parliament No. 56/2014 have revolutionized the local government system, with changes that have profoundly affected the intermediate level (the provinces) but also have altered the role and functions of other levels of local government. The main coordinates of such transformations can be seen as a valorisation of the principle of differentiation, which, however, develops in a system where the driving force appears to be centralism rather than local autonomy. The Constitutional Court, in turn, has confirmed this trend as decision No. 50/2015 clearly shows. In the author's opinion, we are faced with a fundamental turn in the evolution of the system of local government in Italy, and this for two orders of reasons: the decision handed down by the Constitutional Court represents a tipping point - following a five-year period of legislation - in setting the stage for a completely new centralistic interpretation of the features of local government as set out in the Title V of the Constitution. In the author's view, the decision of the Constitutional Court leads to the superseding of a phase of transition and uncertainty, thus anticipating announced constitutional reform, which the same Court does not fail to take into account expressly and repeatedly. The overall sense is that of an innovative reading of Title V, which evidently descends from a rehabilitation of the discretionary power of the national legislator in the configuration of the local government system, wherein it is easy to sense the season of the 'crisis' which produces a "d'antan" aftertaste, confirming the current 'wane of the principle of autonomy.' 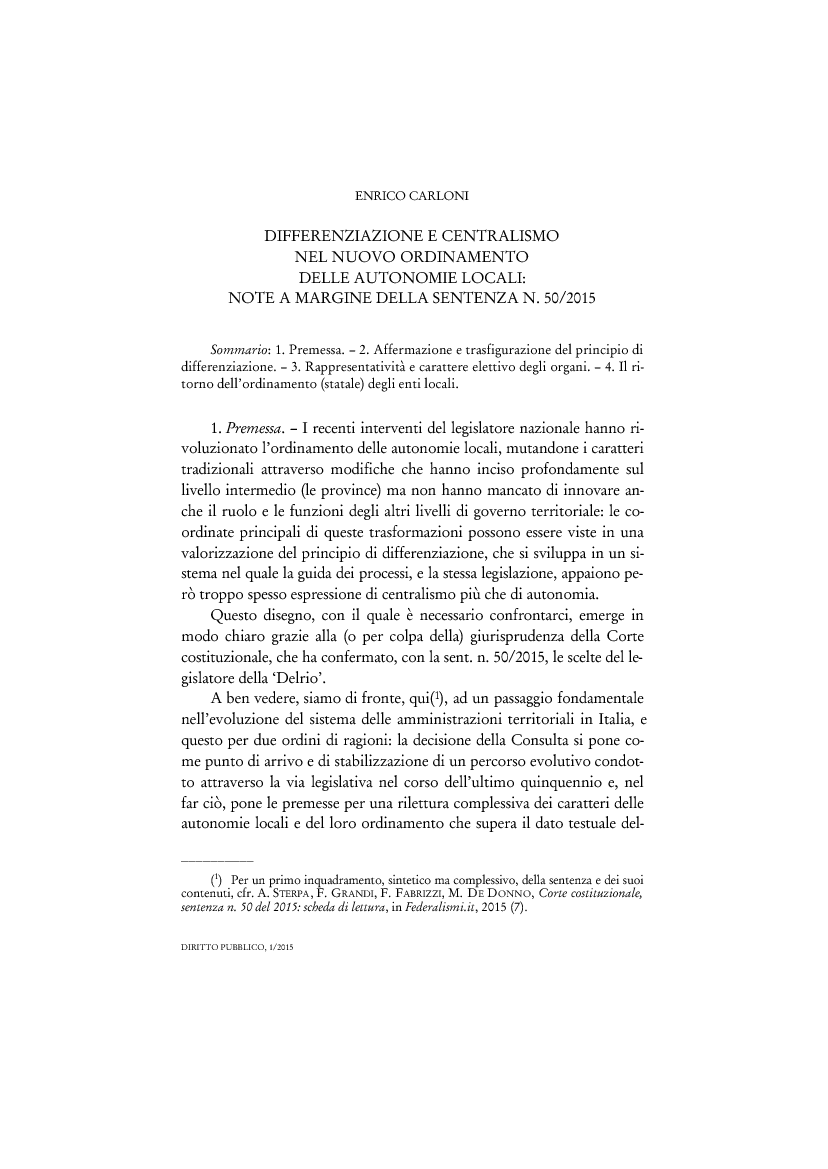