The article reflects upon the disputed concept of legal validity, taking inspiration from two recent books revolving around, respectively, the validity of administrative decisions and the nullity of statutory laws. The analysis is centred on the famous theory of Hans Kelsen regarding the validity of legal norms, which seems to keep resisting with minor scratches the recurring waves of radical criticism, especially if contextualised in the light of the realistic conception which characterizes, in the author's view, Kelsen's concept of law. From such a discussion a number of old and new issues, with lawyers have to cope with, arise. The two main conclusions drawn in the article are that: a) the constant use by lawyers of the metaphor of 'legal effects' or 'legal efficacy' leads to a 'reification' of such concepts which in turn brings about theoretical misunderstanding and ambiguity. A demystification of such concepts would make it possible to avoid the said deficiencies; b) the term 'validity' is employed with a plurality of meanings and with different goals. Hence, it would be desirable one to refer to such different uses and goals with different words. Embracing the Kelsenian concept of legal system as a dynamic order centred on organs and acts, one could mean by validity of legal norms the three concepts of existence, applicability, and irregularity. The first one is theoretical and the second two are operational. 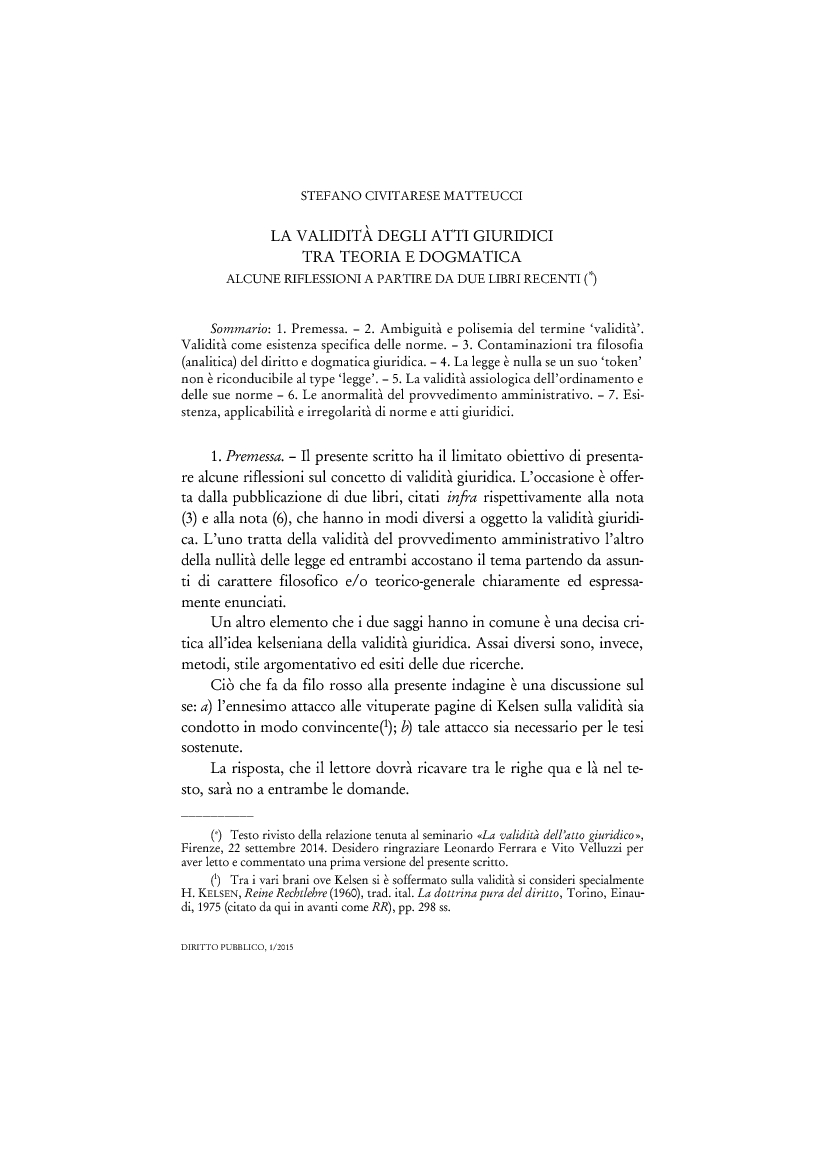