The contribution tackles the problem of distinction between categories of invalidity, especially nullity, and of non-existence with reference to administrative decisions and statutory laws. In particular, with reference to administrative decisions, the author starts out by analyzing the orientation of the case law of Civil Cassation that used to label as 'non-existent' particularly flawed acts for the purpose of declaring the incapacity thereof to produce effects and thus the non-applicability of such acts as void. He next proceeds to examine the contribution of administrative law doctrine in the matter of nullity, with focus on the provisions introduced by Art. 21-"septies" of Law No. 241/1990, illustrating the theoretical incongruence arising from the fact that the a decision affected by nullity is nonetheless susceptible to execution. Finally, he singles out possible criteria for the definition of the (rare) cases in which an administrative decision may be qualified as non-existent and therefore, unlike an act seriously flawed but nevertheless in existence and legally significant, really produces no effects. With reference to laws, the author reflects on the theoretical-applicative difficulties and on the risks in terms of certainty of law connected with the singling out of a category of nullity/ non-existence from which would stem the radical voidness of the law, i.e. the incapacity of the same to produce effects in terms of being binding on consociates and of obligation placed on judges to raise the question of review before the Constitutional Court. 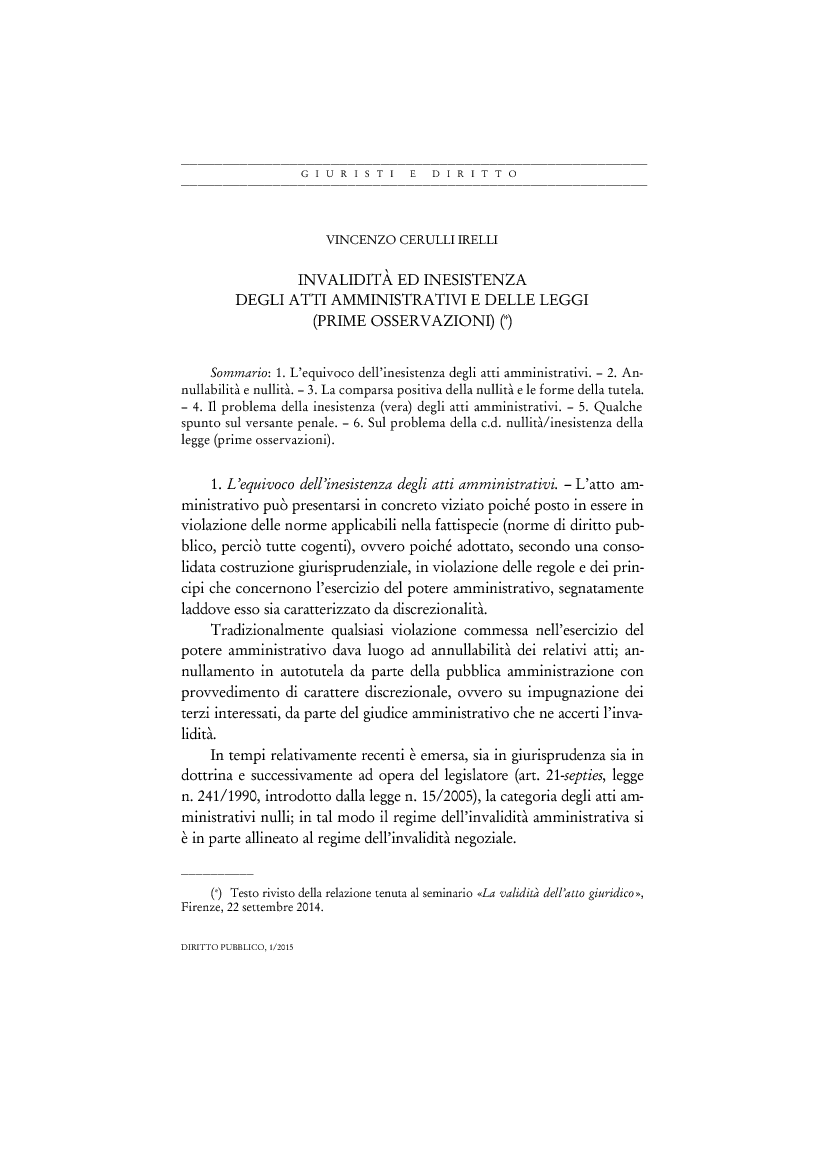