The contribution tackles the theme of normative simplification with particular reference to the sources of administrative law. In particular, starting from the traditional approach to the question, the author illustrates the elements that complicate the normative system and the principal simplification measures that as a rule are implemented, aimed at clarification of the obscure aspects of the normative system, at the elimination of normative acts in excess, and at the reorganization of those deemed in any case useful and necessary. After having highlighted the essential insufficiency of such instruments, the author propounds a different approach to the phenomenon based on the idea that normative simplification cannot be hinged solely on measures designed against the complication of single sources understood in their punctilious nature, but instead must be sought through instruments suitable for coping in general terms with the complexity of the legal system. From this outlook, he examines the three principal facets with respect to which such complexity is able to significantly influence the system of sources, the complexity of the normative production centres, the complexity of the interests regulated and the complexity of the system of sources, to then suggest some possible instruments suitable for increasing the capacity of the legal system to deal with them and to manage them. 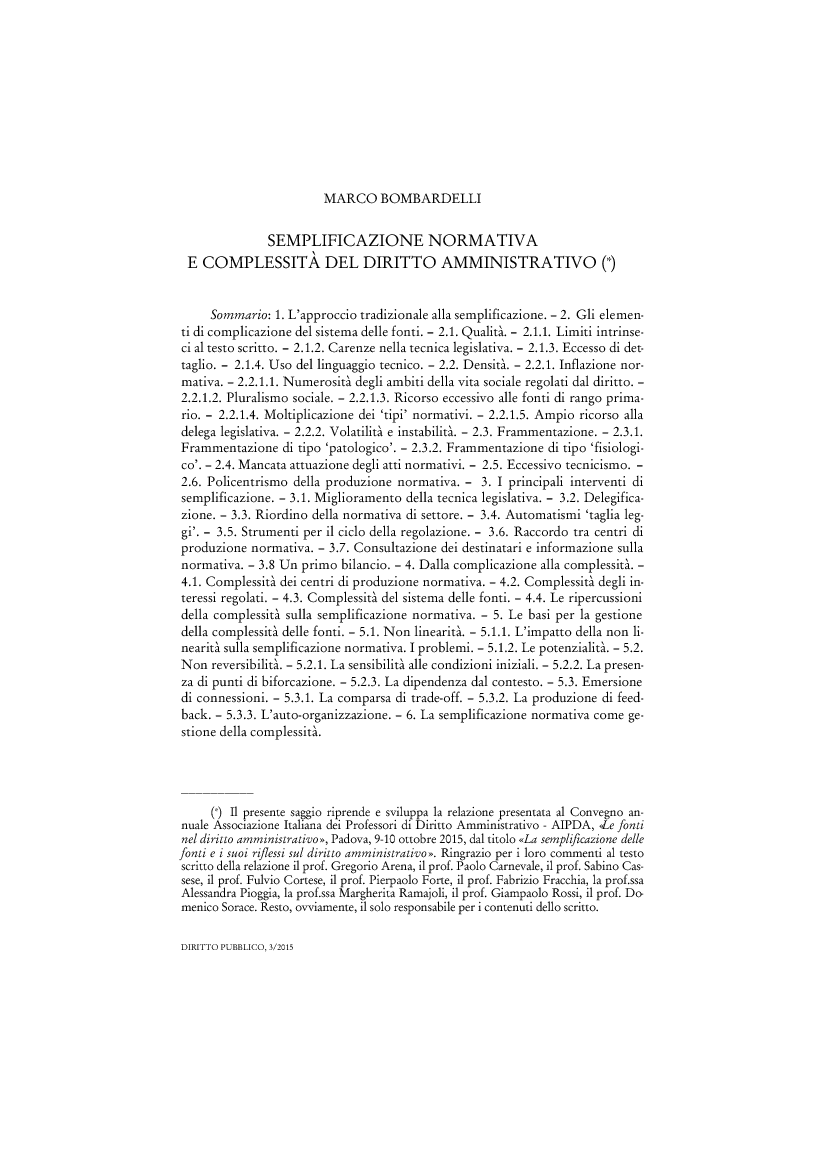