Through the constitutional reform of Title V legislators have defined a system whereby the balancing of the need for uniformity and the need for autonomy have been shifted to produce a new equilibrium in ways and forms that, from both the legislative and administrative standpoint, significantly vary the "ratione materiae". Analysing the matters which in concrete terms fall under the concurrent discipline of State and Regions, the problematic co-existence of these needs becomes more evident and critical points emerge of a system that goes so far as to allow ample room for differentiation in areas traditionally having a high degree of uniformity, as a direct expression of the need for equality in the enjoyment of constitutionally guaranteed rights. The above holds true for the regulation of communications. Involved here is a "subject matter" up until now characterised not only by uniform regulation, but also by the presence of unitary public administrations and subjects on a national scale. Deriving therefrom is the problem of defining what parts of the current normative discipline may be susceptible to yielding to future intervention by regional legislators, in addition to that of prefiguring how the public sector at large may be affected by the changed system of administrative competencies delineated by legislation affecting the Constitution. On the one hand, it is therefore necessary from the standpoint of the normative function not only to make explicit the nature and limits of the "new" concurrent legislation (including because of the possible "interlacing" involving transversal State functions), but also to reread the reserved powers as set forth in Part I of the Constitution. On the other hand, from the standpoint of the administrative function it is necessary to reflect more deeply on the relation between legislative and administrative competencies and, therefore, on the possibility for the State to operate through the public administrations (or public services) in matters where it is not recognised as having exclusive legislative power. This latter issue involves a set of problems particularly relevant for providing a response to the question of the possible survival of a public radio and television service on a national scale. Having laid down the general premises and - not without difficulty - the material frame of reference, communications regulations are then examined by breaking down the field into its principal components: radio and television, telecommunications, the press. The presence of an independent administrative authority by sector, with part of its functions provided under a set of rules having a Community matrix, introduces further elements of complexity in an already complex situation. 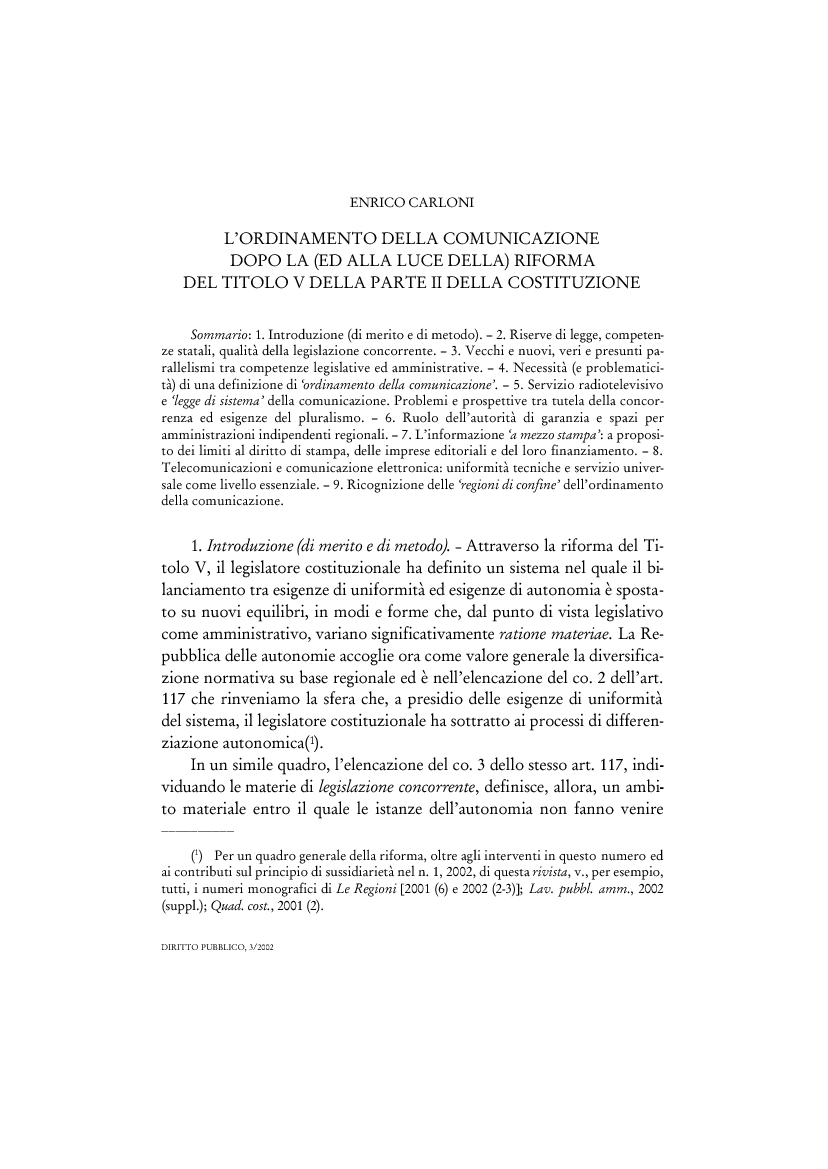