The study starts with a systematic analysis of the main «Administrative Reforms», adopted in Italy in the last thirty years, a long series of attempts in improving organization and functioning of the Administrative Italian system. The analysis shows a substantial failure of these attempts, due to the resistance of the same system to accept effective organizational transformations and to the lack of coordinated policies of enforcement. The study asks for a new, large and interdisciplinary series of studies on the field, in order to measure and explain the unsatisfactory impact of these «reforms» on the Administrative system, which appears greatly worsened and weakened than before. The study, in its second part, suggests a radical change in the administrative reform approach: from general measurs introduced in the different elements of the system to a direct reform of the administrative system itself. The proposals are directed to adopt measures of immediate changing of the structural aspects of the administrative system, strating from a new and reational distribution of administrative tasks among the different, democratic levels of government, and, mainly, from a radical reform of the regional and local government system, in order to have, finally, a network of effective, strong and democratic regional and local authorities, according to the Italian Constitution. 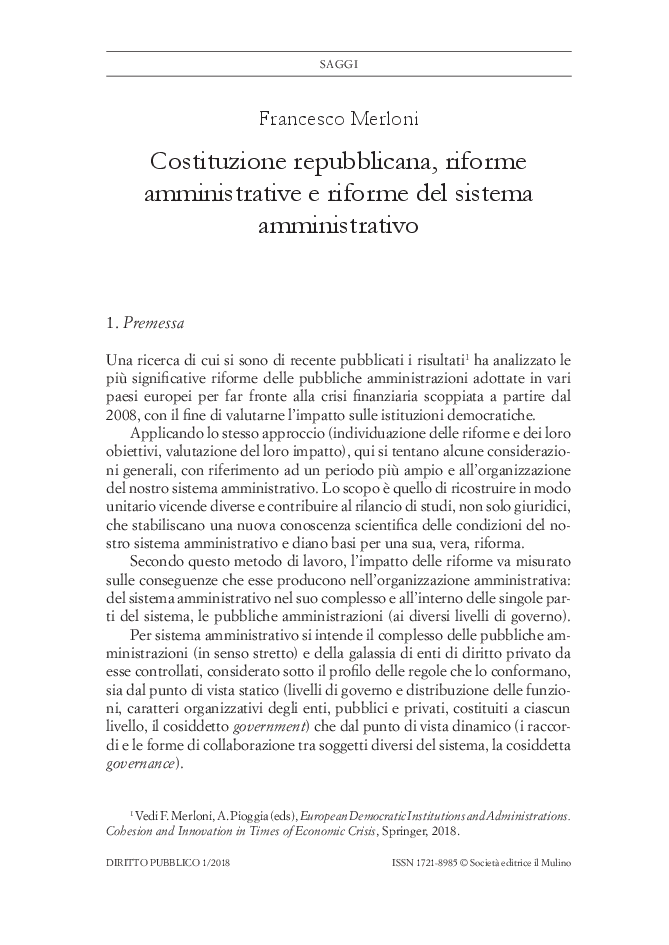