The author examines the problem of the possibility of the insurer to acquire and use the genetic data of the insured as one profile of the vaster problem of the relations and interference involving the fundamental rights and the economic interests that find expression in the contracts. In the author's view the resolving of eventual conflicts involving the same according to a comparative logic aimed at identifying which ought to prevail on the basis of a hypothetical scale of values to be determined in light of the guiding principles of our system, means to recognise perforce the unfailing succumbing of mere economic interests to the higher value of the safeguarding of the person. Thus, with reference to the possibility for the insurer to acquire the genetic data of the individual being insured for the purpose of determining risk, the safeguarding of a correct representation of the same on the part of the insurance company ought to give way before the safeguarding of the privacy of the insured. Nevertheless, according to the author a like logical operation of comparison of the interests at stake proves to be difficult and perhaps even questionable when one considers how the economic interests that may have moved the contacting parties to draw up an agreement and fundamental rights are located on two different planes, and therefore are essentially incomparable. When a contract is realised between two private parties it is nothing if not an economic instrument used as such in the pursuit of purely material ends. To instead admit the possibility of associating the party to a contract with interests inspired by the highest values of the individual and of the person means acting within the logic of the just contract understood not in the sense of an equitable contract, but of an ethical contract. Such considerations, while undoubtedly satisfying, hardly appear realistic when compared with the actual cases they are referred to. In truth, the contractual obligation is founded on freedom of choice applied to the pursuit of the particular interests that have moved the parties to contract. Therefore, the idea of justice founded on reasons of a universal nature - ill suited to the microcosm of interests that govern the individual bargaining relationship - seems extraneous to the contractual dimension. Similar conclusions find support in a normative datum contained in the Civil Code: Art. 1322, which sanctions full recognition of contractual autonomy with the only proviso being the observance of the limits set by law. In light of these considerations, the author's view is that the only hypothesis where the law refers to the principles of ethics in the evaluation of the content of a contract is to be identified with its necessary conformity to good morals. In this logic the role of ethics vis-à-vis the contract is posited as mere interference of a negative type: principles of an ethical nature, whenever they represent directives for the determination of the content of the general clause of good morals, constitute a legal limit to the validity of the contract in terms of the provisions of Art. 1343. The existence of a relation of a positive type between ethics and contract cannot, however, seem to be found in the norms to the extent of requiring that a contract not only must not conflict with principles of an ethical nature, but also be directed in pursuit of the same in concrete terms. To enter into a different logic means to contest the dictates of Art. 1322 and the fulfilment of the principle of private autonomy contained therein. 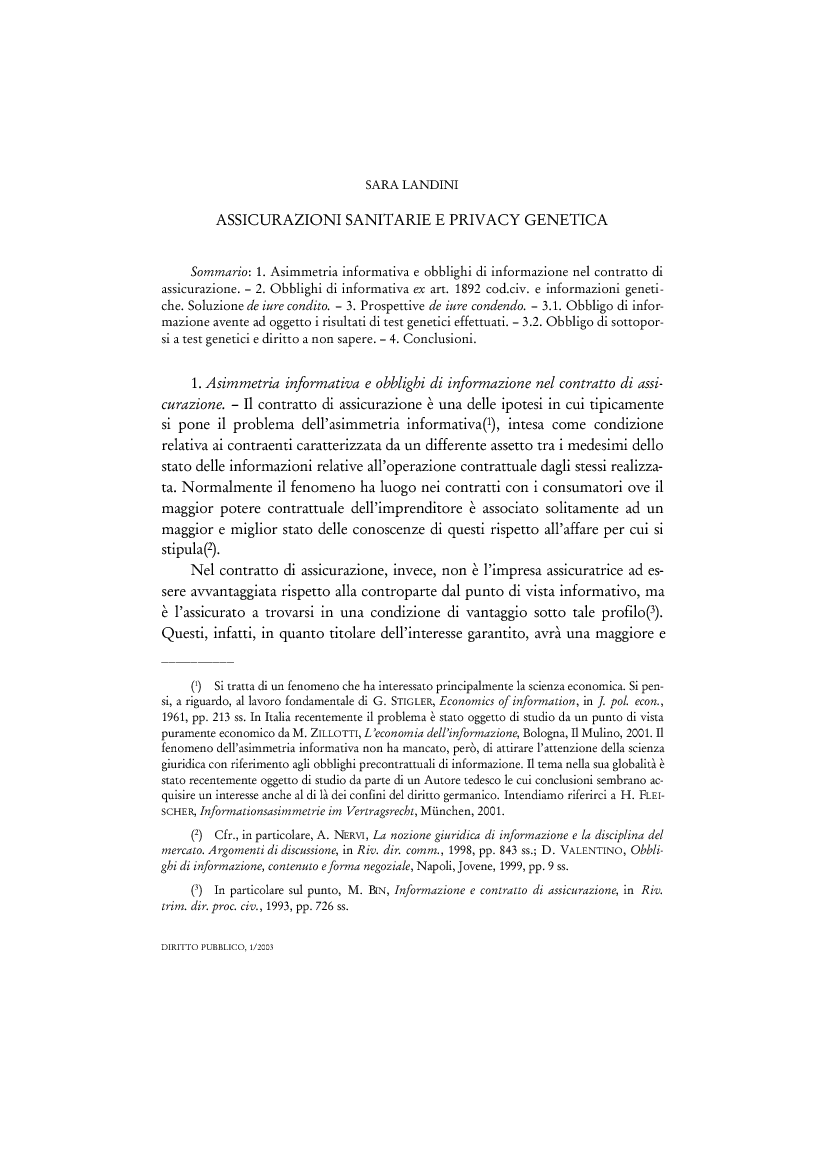