Is populism an opponent of democracy and does it have to be openly called and fought as such? Defining populism encounters difficulties: it occurs without a steady connection to a particular ideology, but is rather a vehicle for the acquisition and maintenance of political power. In addition, it raises an exclusive representation claim for the will of the people. The Basic Law, on the other hand, rests on the insight that there is no absolute truth as the founding element of democratic rule. Populist movements represent the people as a homogeneous body and favor a presidential-plebiscitary form of government over the representative structure of the Basic Law. Populists also typically deny the deputy's free mandate in favor of a diffuse, unified people's will and stigmatise opposition. In all these points, populist movements are at odds with the principles of the Basic Law. Populism is essentially an anti-democratic ideology. In order to counter populism, one should not collectively pathologize certain strata of society or exclude populists from the social discourse, but consistently sanction transgressions of legal limits and be engaged in an ongoing argumentative debate. 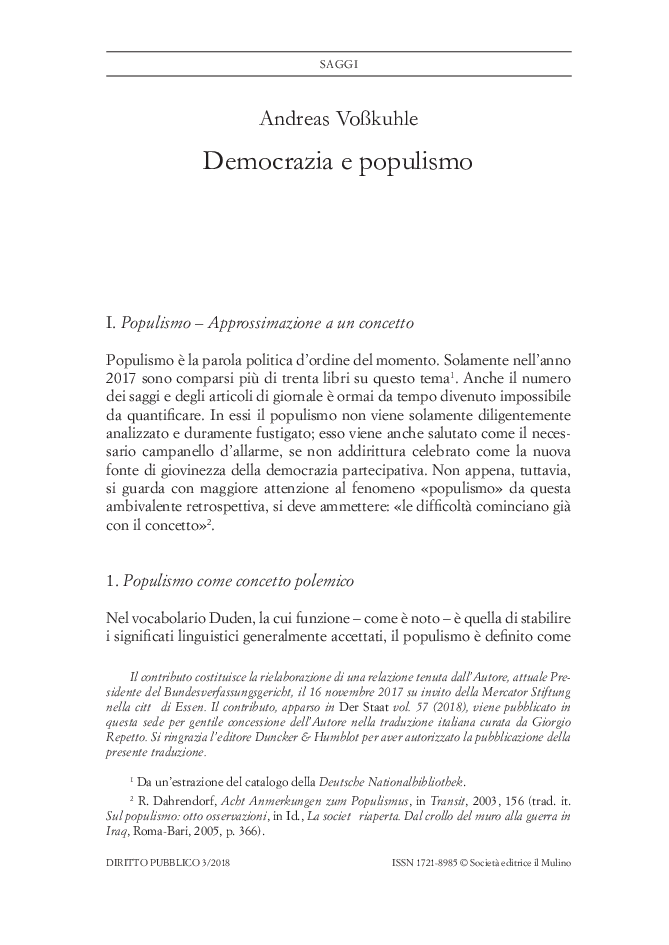