The article deals, also from a historical-reconstructive point of view, with the problematic relationship between politics and administration, coming to examine the most recent events characterized by a process of progressive consolidation of the management's guarantees. This phenomenon, triggered by a well-known constitutional jurisprudence, is in truth supported by a broader movement of ideas. The cornerstones of this doctrine (the so-called "seriously taken" distinction doctrine) revolve around the idea that politics should be called to exclusively guard the area of the formal elaboration of political strategies, without the possibility of trespassing, even indirectly, in the implementation, an area that belongs exclusively to the management, called to ensure an impartial implementation of the political address. According to the author, the construction of the different legal institutions of the managerial work relationship has been crossed by a process of progressive drying up of the fiduciary element, so as to propitiate the construction of a strong set of formal and substantial guarantees for the bureaucracy and with it the realization of the doctrine taken seriously. The author offers the question a negative answer, at least in some cases of border, characterized by a higher political density, supporting the need to refine the model of distinction, through some appropriate adaptations. 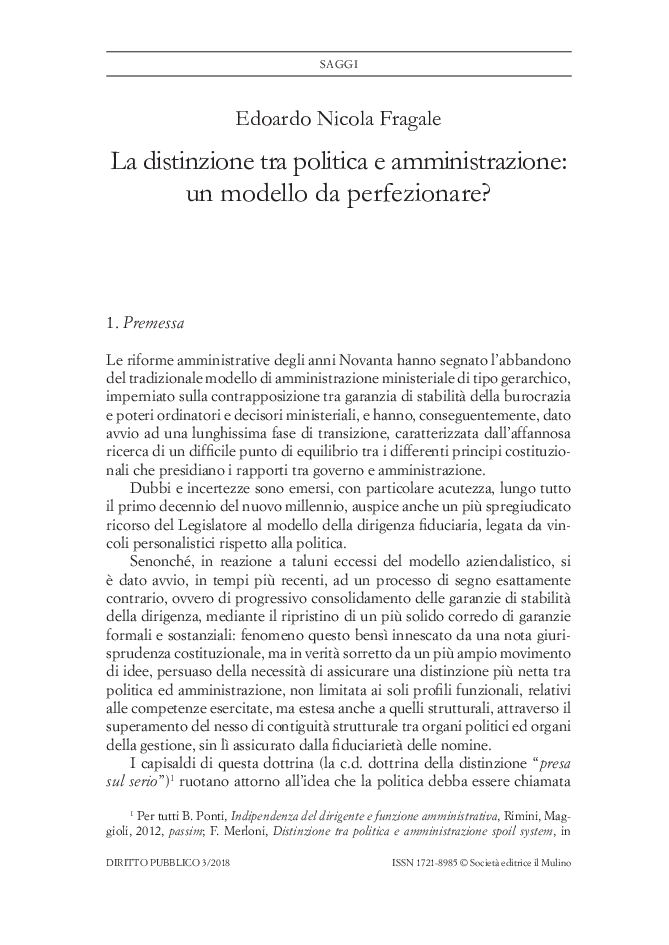