The essay is essentially divided into four parts. In the first two parts the centrality acquired by European law is examined, through an evolution developed over a thirty-year period, in reducing national differences in the field of public services, especially regarding services of general economic interest. Particularly, supranational law, in the perspective of protecting the objectives of the European economic constitution but at the same time of respecting the traditional importance of public services for the national states, has introduced, through primary legislation and secondary legislation, some key words ("particular tasks" of the service, proportionality of the special and exclusive rights granted, "public service obligations" and "universal service") which define the essential points of reference for the framework within which the relationship is drawn between public responsibility for organization and perfomances of SGEIs and rules on competition and internal market, making the field of SGEIs substantially a matter of multilevel governance. But it is precisely the existence in hypothesis of a competitive market that makes clear the need for a function of public regulation, which with the former normally arises not in a relationship of exclusion but of complementarity. Consequently, three corollaries are highlighted. First, the assignment of the regulatory function to independent authorities. Secondly, the correctness of the financing of public service obligations, according to the criteria for compensation defined by the Court of Justice. Thirdly, the extension of the area of negotiation between administration and undertaking favoured by the centrality of the public service contract. In the last two parts, the analysis concerning social services and local public services is carried out according to at least partially distinct lines, because the way in which these activities relate to the market is (or may be) different. 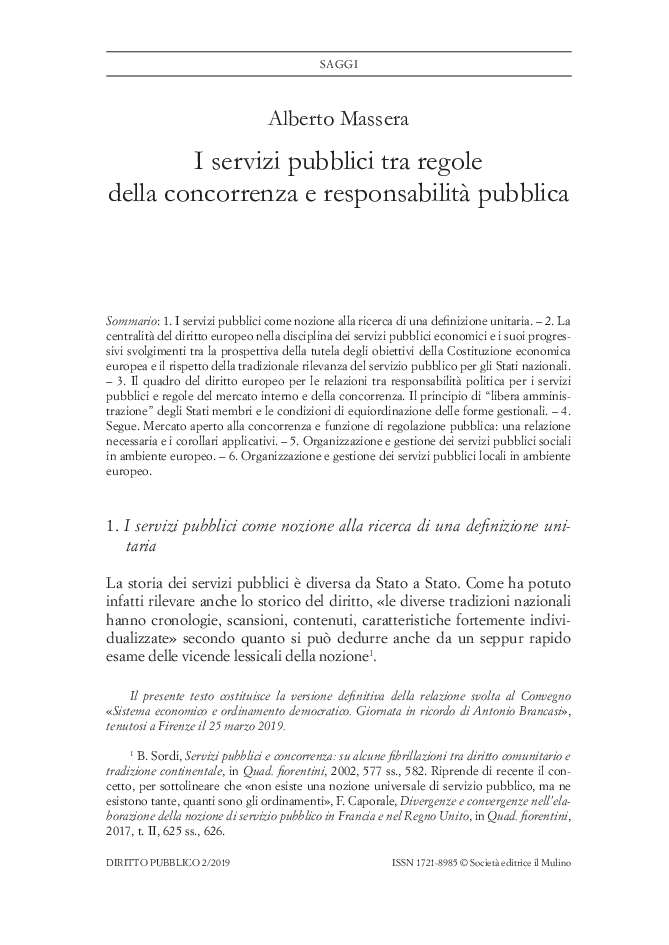