Hans Kelsen is mainly known for his theory of legal positivism for which he claims strict neutrality and scientific objectivity when analysing whatever legal system. He is less known for his political theories, which explicitly takes sides in favour of a certain kind of democratic regime. This theory is elaborated at a crucial moment of European politics, when after the first World War antidemocratic temptations push towards authoritarian - fascist or communist – rule. The originality of his conception lies in the link between the analysis of ideologies and its translation into legal strictures: if nobody wants to be under another’s rule, the only solutions consists in a legally organised majoritarian compromise. If this point is admitted, one has also to admit a proportional voting system and a strong submission of the “executiveµ, i.e. the administration under the general rules enacted by the democratic legislator. In later developments, Kelsen later insists on the necessity to protect minorities without which a real compromise cannot be reached. This requires super-majoritarian principles and constitutional adjudication. Strengthening the protection of democracy against simple majority may, however, enhance a shift towards a jurisdictional and finally less democratic regime. 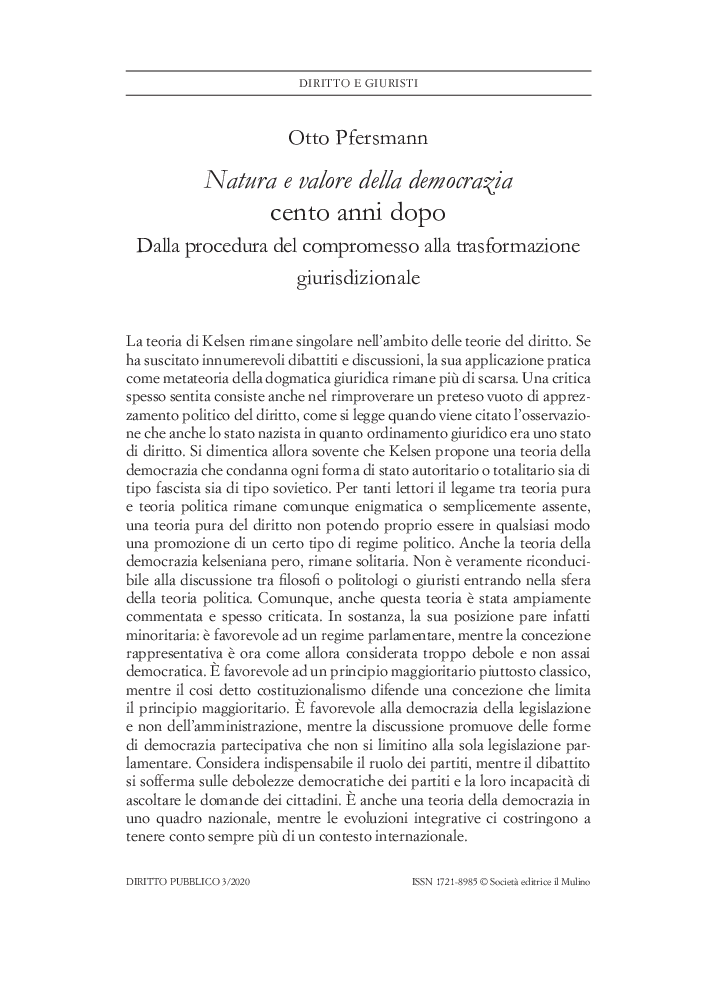