Keywords: Fundamental Rights, Direct application of the Constitution by the Lower Courts, Relationship between Legislative and Judiciary powers

During the last few years, Italian judges (and especially justices of peace) directly apply constitutional clauses in order to elaborate, during the trial, a series of fundamental rights to compensate non-economic damage. This creativity of the judiciary, aiming at getting around the civil code rules, has been the object of an intense debate among civil law scholars, but has been rarely addressed by constitutionalists. The paper analyses the way judges directly implement the Constitution in the light of the Constitutional Court's doctrine on the "core protection" of fundamental rights highlighting the ambiguity of the latter. Indeed, this doctrine is apparently in contrast with the notion of legislative implementation of the Constitution. Moreover, the ambiguous constitutional case law is the reflection of the (yet) unstable balance between the legislative and the judiciary powers, but also of structural flaw in the Italian judiciary system, i.e. the fact that the superior Courts (Constitutional Court, Court of Cassation) rarely follow their own precedents. 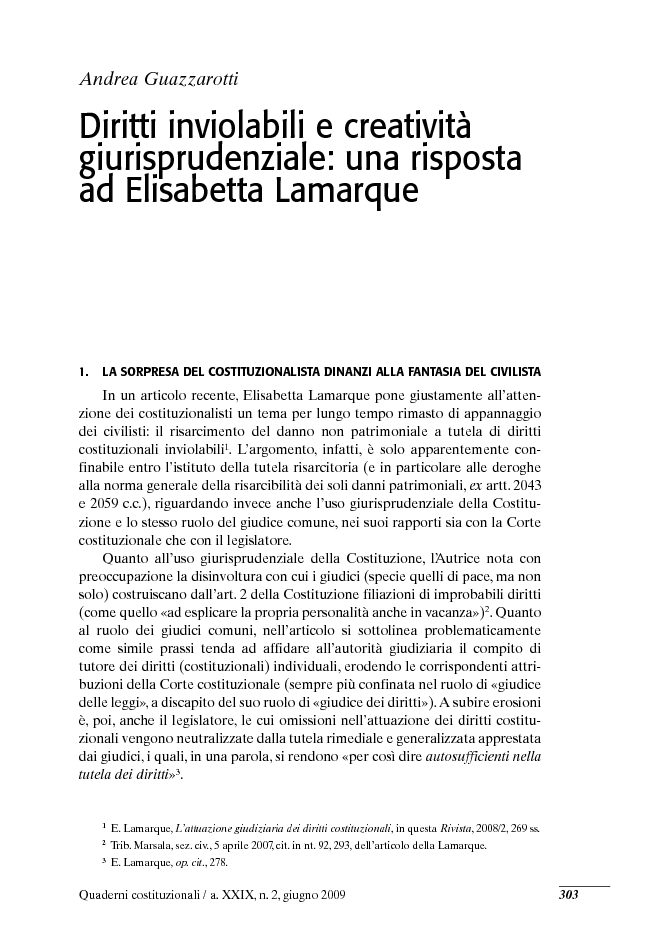