The consolidation of international human rights law, which allows individuals to appeal to regional supranational Courts in order to complain about violations of States, contributes to the erosion of national sovereignty. Differently from all the other interna tional treaties, human rights charters disregard the relationship among States and have "erga omnes" effects. Due to this new legal framework and to the increased number of individual appeals, the Interamerican and the European courts of human rights have started to develop a new approach to remedies by imposing individual and structural measures on States. Analysing the evolution of the remedy case law, starting from the situation in Latin America and moving on to the Europe, the paper aims at highlighting changes in fundamental rights, resulting from a new conception of the multi-level protection. In conclusion, the paper proposes a series of solutions to find new balances to safeguard the division of powers between States and the supranational institutions, and, more in general, between legislators and judges. 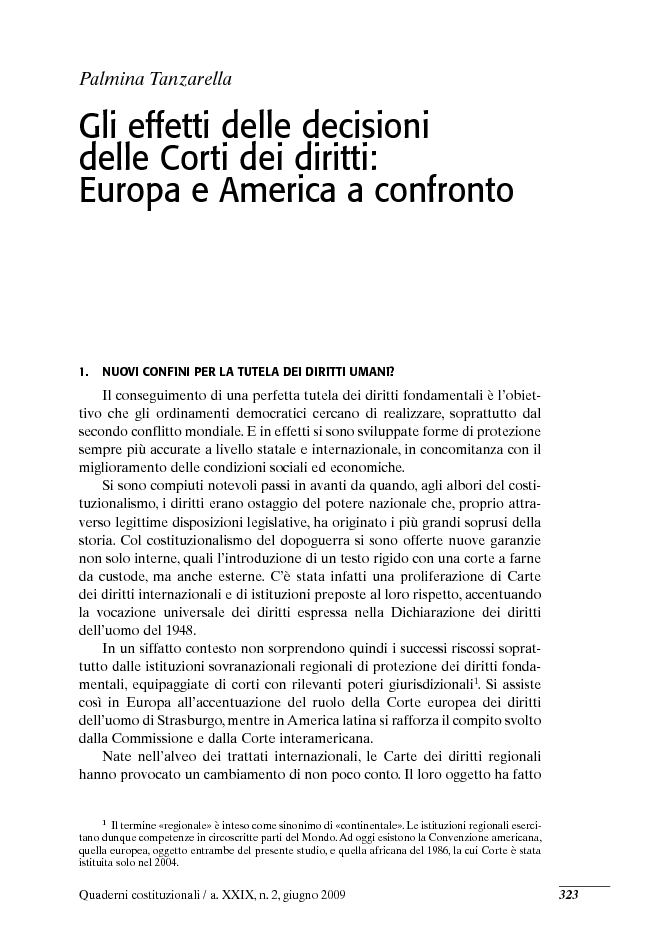