The article identifies three phases in the development of scholarly works on Italian constitutional law. The first phase was influenced by the French school of exegesis, the second was dominated by the dogmatic categories of German legal positivism while the third phase was enlivened by the framers of the Italian Constitution and those that subsequently contributed to its implementation. Testimony of this passage was the "Enciclopedia del Diritto", which, year by year, has gathered together the works of all those scholars belonging to this third phase. More precisely, the redefinition of constitutional law was accomplished thanks to studies concerning legal sources, individual freedoms, constitutional adjudication, and forms of government. Through a new method of research these studies were able to bring together the traditional legal categories and concrete political dynamics, thus consolidating the choices made by the framers of the Italian Constitutions. The article then moves on to highlight how a series of factors (i.e. the crisis of the notion of nation-state, globalisation, the European integration process, multicultural pluralism, technological and scientific advancement and the crisis of the traditional forms of political mediation) pushed constitutional law towards a new phase. Constitutional scholars belonging to this new (fourth) phase are called upon to clarify the role of the Constitution. In other words, one has to ask the question of whether the Constitution is a mere limit to public power or rather a normative document capable of founding the political unity of a people. 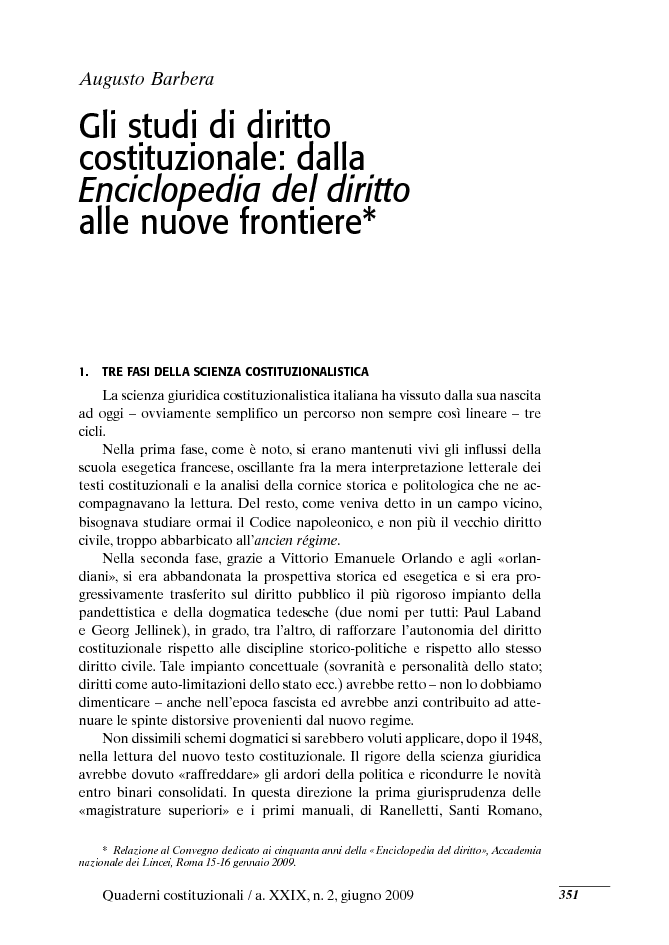