The Author presents Costantino Mortati's theory on the system of legal sources by diachronically analysing his works in order to highlight under what perspective they are still relevant today. More precisely, the analysis focuses on the function and allocation of power to determine political policy and on the resulting functional supremacy of the body entitled to exercise this power. In Mortati's vision, the power to determine political policy represents a direct implementation of the substantive (material) Constitution and, as a consequence, it prevails over statute laws; in fact, the latter are considered to be a "late reaction to facts". During the early days of his scholarly activity, Mortati considered the executive - identified with a single party - to be atypical among other state bodies due to the fact that it exercises the power to politically orient state action. As a consequence, the single party itself was the substantive (material)-Constitution bearer given that a multitude of political parties could not have achieved and granted the State political unity. Under the Republic, Mortati developed this thesis so as to support the idea that the power to determine political policy is a manifestation of popular sovereignty organised through a political party. One of the consequences of this theory is the identification by Mortati of the legal concepts of acts having the force of law and of the role played by local government sources of law. On the basis of the historical overview of Mortati's thought the Author concludes that his theory on the system of legal sources is anti-pluralistic and therefore cannot be applied or otherwise considered nowadays. 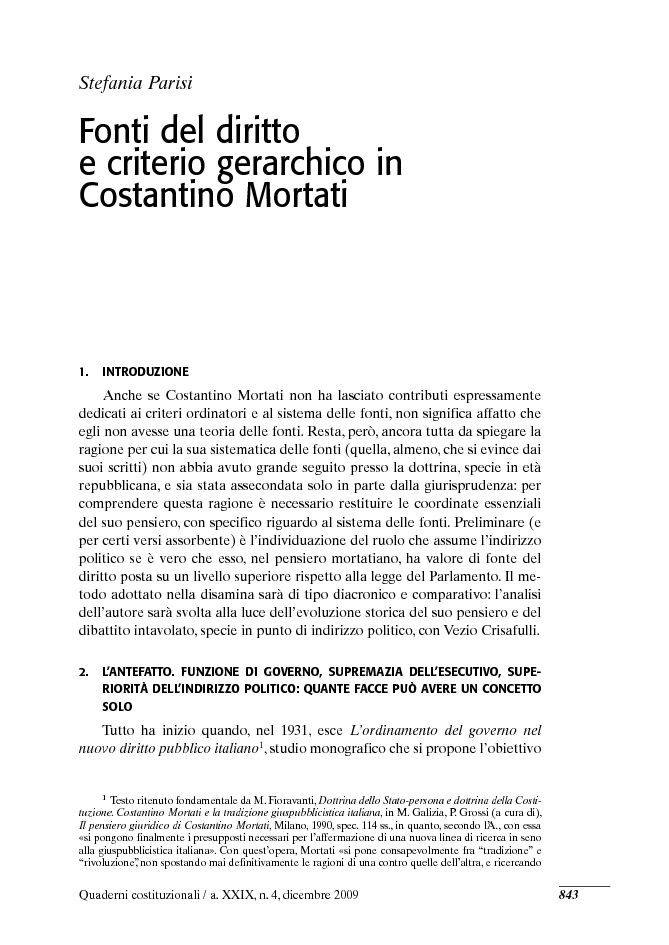