Rather than being an issue relevant only for a troubling minority, in terms of respect of identities, same-sex marriage is a problem, which concerns all of us, citizens and non citizens, men and women, hetero- and homosexuals. This paper - through an analysis which compares critical arguments and reflects on such key concepts as freedom, equality, reasonableness and inclusion - argues that the issue which needs to be investigated more deeply is whether a compelling state interest does indeed exist and is able to justify the prima facie violation of each individual's fundamental rights. 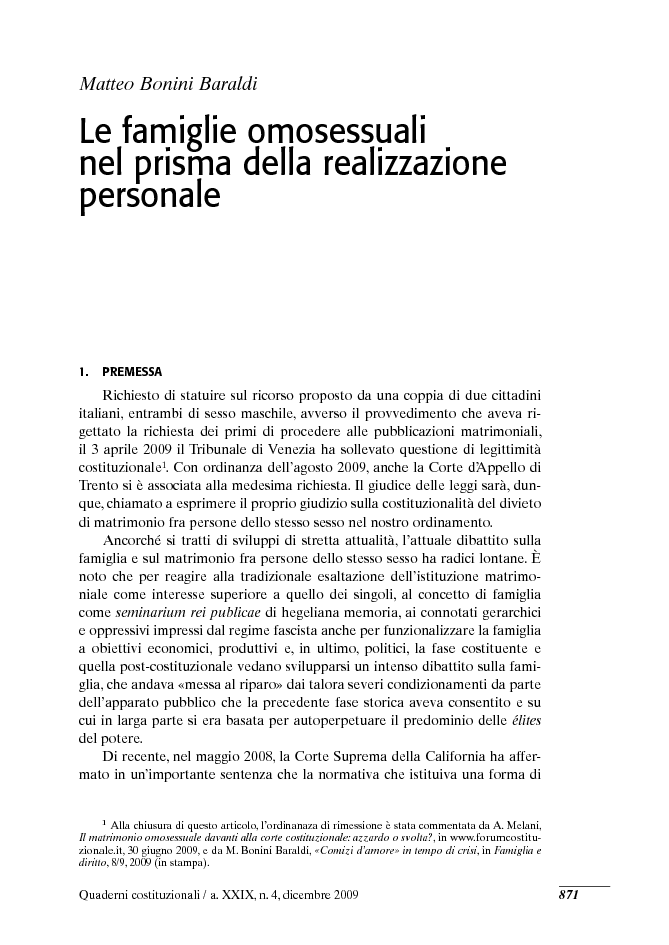