Keywords: Powers of the President of the Republic, legislative activity, foreign and defence policy.

Napolitano's seven years term has contributed to reinforce those interpretative trends that contribute to widening the powers of the President of the Republic. The formation of Monti's government signalled the apex of the president's ability to influence the political direction of the country. Nonetheless this event is linked to extraordinary circumstances and cannot provide general epistemic criteria able to describe the ordinary role of the presidency. To this purpose, the approach adopted by this essay appears more useful. Indeed, this paper analyzes the contribution of the Head of State in the field of legislative activity and foreign and defence policy. Napolitano's mandate demonstrates that the president has acquired a «plebiscitary-charismatic legitimacy», mainly in the field of political communication, that allows the presidency great leverage with government and political parties. However, the President's political influence is not derived from political parties, but it is rather inherent to the function, therefore the so-called «theory of communicating vessels», that defines the political power of the president as inversely proportional to that of the government, becomes inadequate. It is thus reasonable to expect, in the future, harsher conflicts between the government and the President of the Republic to arise. 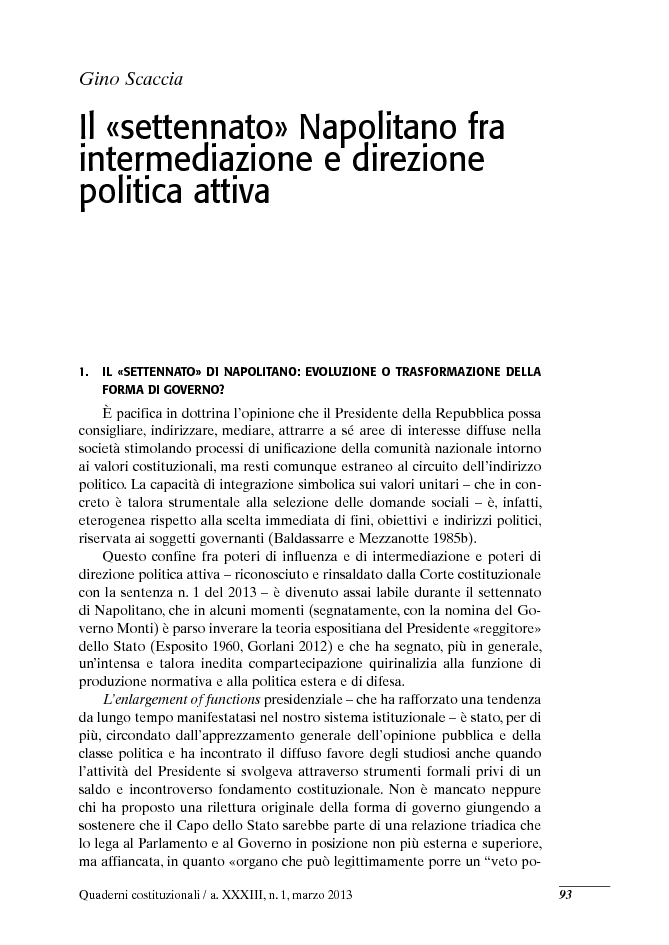