This article is focused on the impact that the Eurozone crisis has had on the political decision-making process in Italy. Europe and its Member States have been strongly affected by the crisis in both their institutional and constitutional development. Moreover, when a State becomes a "debtor State", it has to regain the confidence of financial markets, which strongly limits its policy options. In Italy, the sovereign debt crisis has triggered many economic and financial problems whose roots, however, are to be traced back to the enormous public debt accumulated in the last decades. Italy has reacted to the crisis by adopting a series of austerity measures, based on higher taxes, public spending cuts and structural reforms, which are deemed necessary to foster economic growth. These measures have however met several obstacles. The weakness of the country's institutional system has made it extremely difficult for these policies to be approved by Parliament. Indeed, there is a strong relation between Italy's economic crisis and its political crisis. Several aspects of the constitutional system are in urgent need of reform. Such reform will need to take into account the political and institutional changes which have occurred during the crisis. These include: the broadening of the functions of the President of the Republic; the strengthening of the executive; the demand for a new kind of political party which clearly emerges from the success of primary elections. 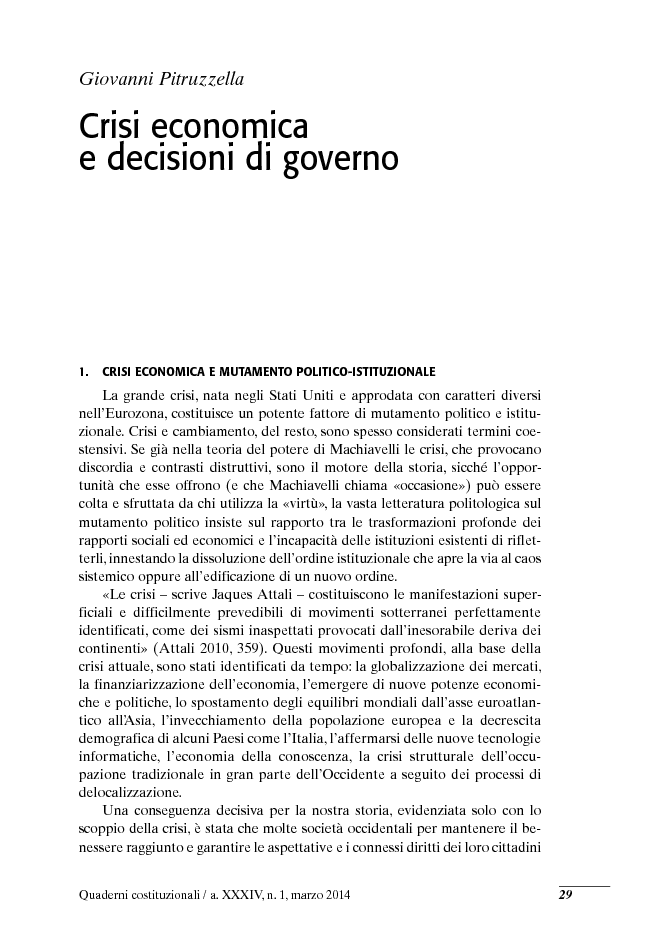