From a Constitutional Law perspective, Law n. 110/2017, introducing torture as a specific crime in the Italian Penal Code, appears problematic, particularly with regard to the duty of incrimination of art. 13.4 of the Italian Constitution. Consistent interpretations, both with regard to the Constitution and International Law, elaborated by Italian legal scholarship do not seem able to fix the problems with the new law. The paper argues that the criminalization of torture in Italy not only came late, but it was also poorly drafted, so that it introduced a crime that has only the name of torture but not its substance. In this context, the best prospects come from the possibility of investing on prevention, through some provisions of the new law which allow enhanced monitoring (domestic, EU and International) also through the new independent Authority on the rights of people deprived of personal freedom. 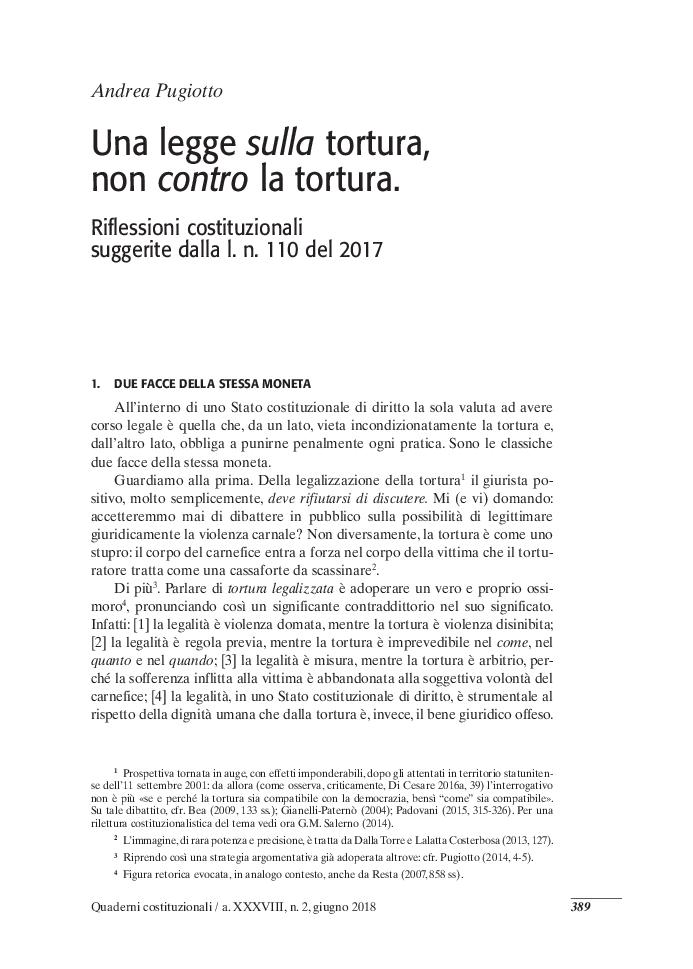