This article deals with the development of the Italian form of government between 1968 and 1994. The presence of a strong Communist Party, which precluded a physiological alternation in power, imposed a peculiar functioning of the political system, torn between the need to consolidate the bases of democracy and the convention according to which pro-Soviet parties were not allowed to be part of the governing coalitions. As a consequence, the concept of «parliamentary centrality» arose, attesting the role (and political legitimacy) of enlarged parliamentary majorities (including the communists), beyond the perimeter of the forces granting the Cabinet the vote of confidence. A cumbersome decision makingprocess followed, by-passed by the adoption of lawdecrees, frequently enacted by the Executive as a way to force parliament to pass relevant parts of its program. At the same time the figure of the President grew, typically swinging between the role of a neutral institutional and its periodical attempts to put back on track the jammed party system. Pathologies of the system became unstable cabinets and the devolution of administrative tasks to the legislative branch. Leopoldo Elia, a distinguished Italian scholar, was to call the 1968-1994 phase the «transitional cycle» of the Republic. This article argues that, during those decades, a culture of «transience» had grown to become the trademark of Italian democracy, reaching out up to nowadays, leaving permanent traces of that consensual set-up characterized by particularly poor political performances. 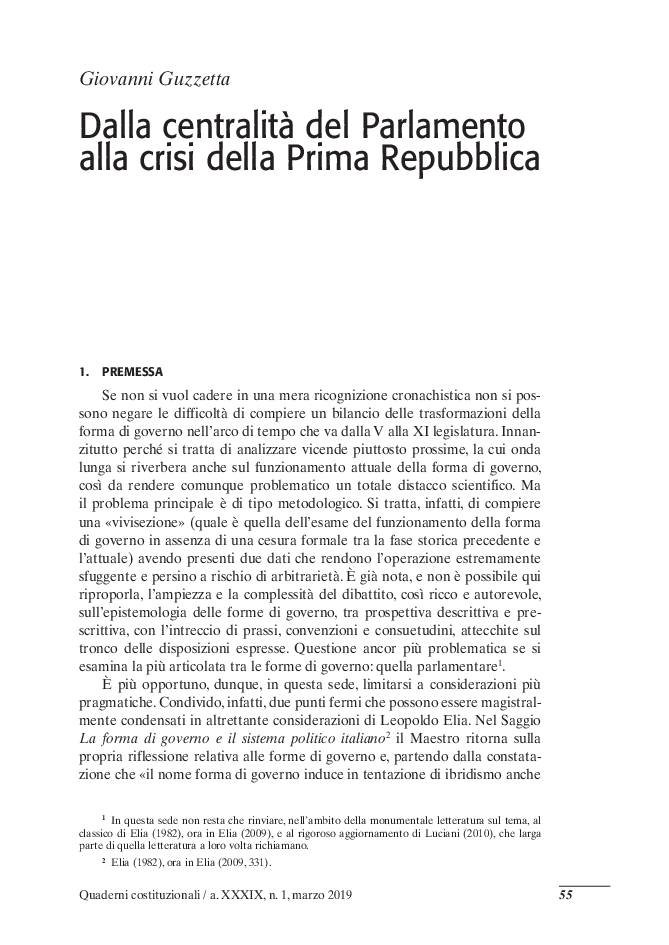