The terrorist attacks in the autumn of 2020 prompted the French government to adopt a new legal instrument aimed at combating l’islamisme: the loi confortant le respect des principes de la République. In particular, the aim of the bill wanted by President Macron is to fight separatism, which is considered a dangerous step towards terrorism. This article focuses on the context in which this shift of the French religious policy towards a laïcitéde combat intervenes, then analyzing its direct effects on the governance of Islam. If the State, which is legally secular, intends to revitalise the idea of secularism, it does so, however, by taking the path of interventionism with regard to religions, seeking to create a so-called ‘republican’ Islam, which complies with governmental injunctions, both at the national and local levels 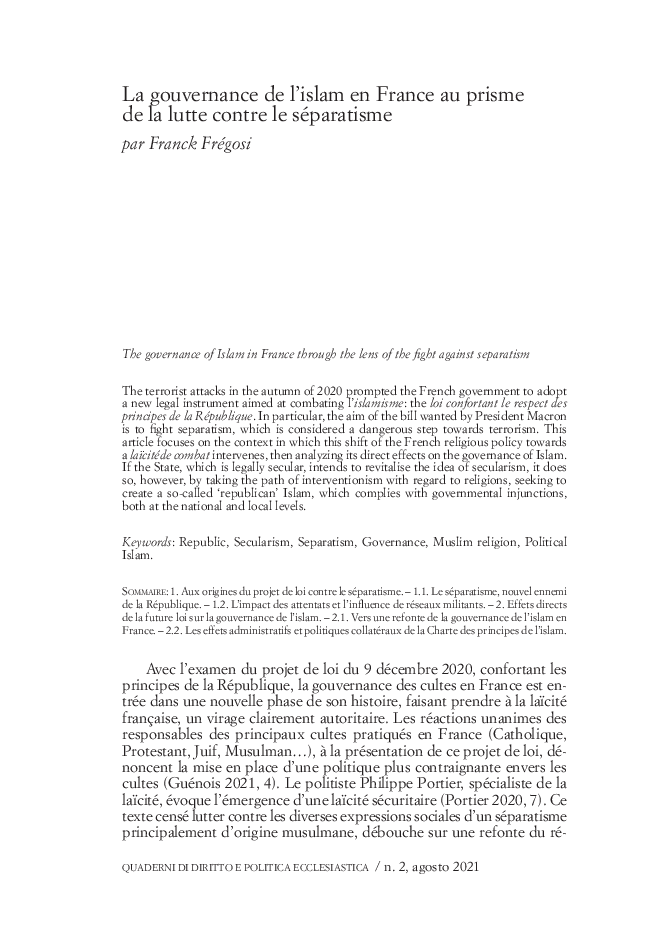