In this essay, it is evident that, in the United States, the application of the principle of neutrality has proved to be complicated in cases involving public support for acts of worship or public sponsorship of religious symbols. The principle of neutrality requires, in fact, that public authorities pay equal support for all possible versions of the act of worship or religious symbol, and also to all similar practices or symbols of a secular nature. When questioned regarding the possible reconciliation of rigid separatism and inclusive recognition of the religious phenomenon, the Supreme Court followed two paths. The first might be called the road of «historical secularization»: it has been argued that, over time, symbols or practices adopted by the government lost their religious significance and acquired a predominant secular meaning: any religious significance of these acts is the legacy of the past American society, not of its present. The second way could be called the way of «contextual neutralization», according to which even a practice or a symbol that maintain a significant religious content may be adopted by the government, if it is placed in a context where there is a sufficient number of secular symbols to neutralize the religious content. 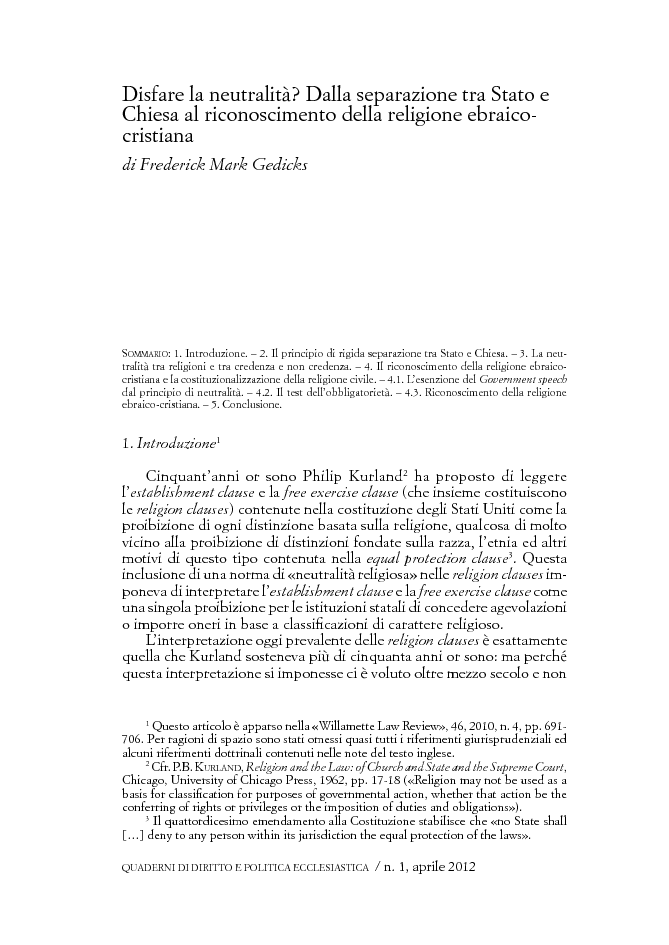