The article aims to explore the evolution of conscientious objection during the current year. This kind of process is defined as 'autopoietic', that is, an evolutionary creating process that shapes the original concept of conscientious objection through the aid of the jurisprudence studied in flow of time. Finally, the article examines the expression of conscientious objection and not only in its significance inside the national, European or American Courts' pronunciations, but also in its no-existence or no-relevance. On this regard, a key role is taken by International conferences on human rights. These latter, in fact, can be considered as the core of the guarantees by which other rights, as conscientious objection, can be expressed. On the contrary, if human rights are not respected, as usually happens in dictatorial regimes, this peculiar demonstration of human thought, that is a logical derived of fundamental rights, will not find a place in which evolve and, consequently, will not be a matter of study by local Courts. 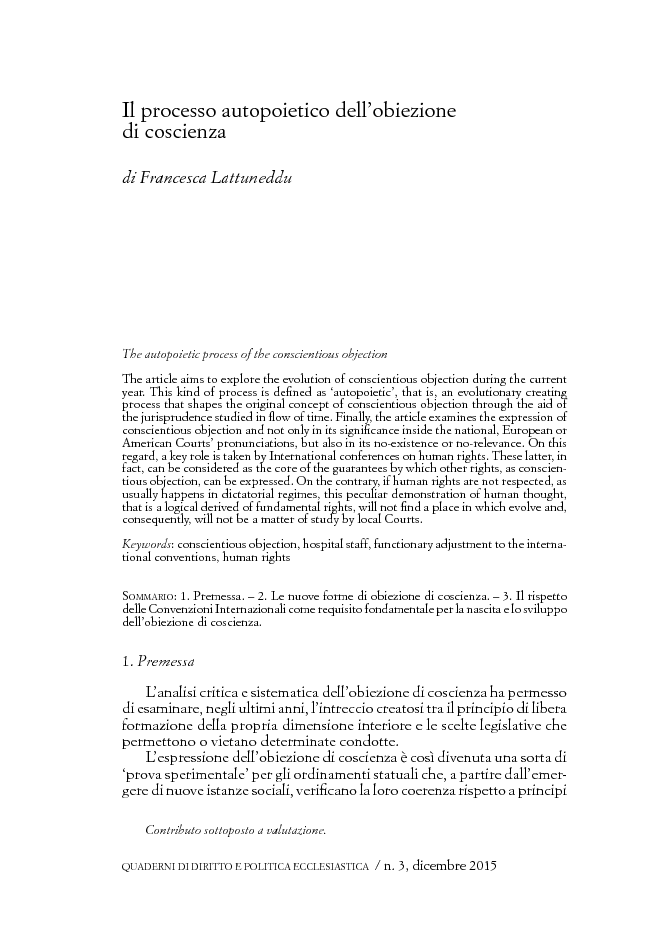