Starting with the 1789 Revolution, which inaugurated the «age of citizenship» and overthrew the traditional order, this paper individuates three main stages of the French model of «secular citizenship». The first, long stage, from 1880 to 1960, is characterised by a «universal citizenship», accompanied by a strong privatisation of religion. During the second stage, from 1960 to 1990, the double process of reconciliation between Republic and religions and a more differentialist reinterpretation of the principle of equality allowed a new public role for religions. Identity discourses and multiculturalist citizenship seemed to strike the right balance for managing religiously differentiated societies. Nevertheless, a third stage emerged at the end of the 1980s, with the stable settlement of a significant Muslim community. Identity became, not a characteristic of a plural civil society, but a quality of a state barely resisting the centrifugal forces of «religious communitarism». Consequently, a new secularity and a new citizenship emerged, with redefined distinctions and borders between private and public space, a cornerstone of (even French Republican) liberalism. 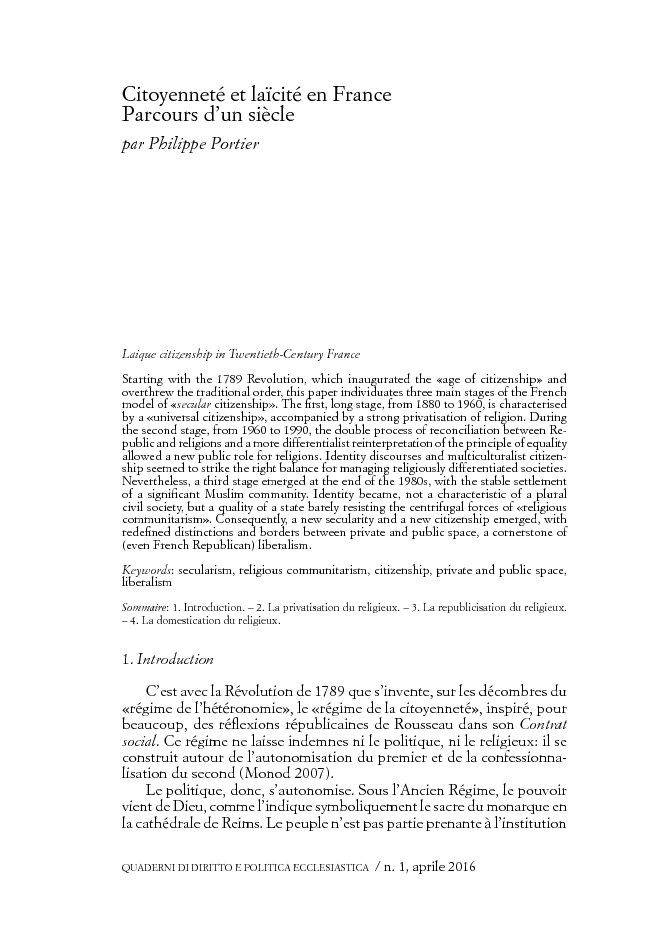