This paper attempts to examine the nature of interaction between Christianity and Indian caste system, being a formidable apparatus of social stratification, from the viewpoint of methods and approaches of conversion that fundamentally changed overtime. These methods of evangelism or conversion invariably determined the growth of Christianity in the subcontinent as well as its public image. Upon changing its understanding of caste and subsequent modifications that followed in terms of methods of conversion, Christianity begun to make in-roads into the Indian masses in true sense. In order to examine those changes, this paper delves into the historical journey of Indian Christianity from being "religion of the rulers" to that of "religion of the masses" focusing on issues of conversion methods, local agency, missionaries' perceptions of caste, natives views on Christian missions and social disabilities in India. This paper, in its third section, also focuses on contemporary challenges - which are not devoid of caste system and its associated challenges - that are nothing but products of historical interaction between caste and Christianity with a mix of changing perceptions and dynamics of religion, caste and politics in India. 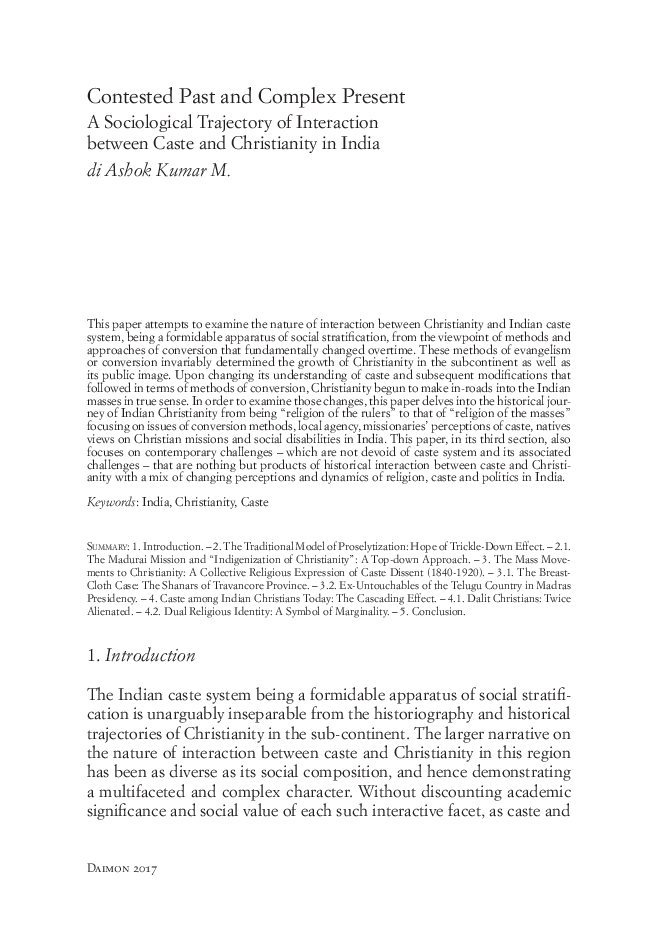