The role, interpretation and regulation of caste in India have been a subject of both controversy and confusion. Affirmative action or reservations based on caste identity is only one of the many forms through with Indian law recognizes caste. Indian law also recognizes caste group practices, particularly in cases of customs and personal laws. Consequently, important scholarly work has attempted to unravel the diverse legal regimes that accommodate and limit caste practices. Despite this focus on caste, scholars have remained mostly silent on how Indian law treats caste among non-Hindu communities, particularly Muslims. Over the last decade, Muslim caste or caste-like social stratification has increasingly gained policy and judicial attention because of the debates around affirmative action for Muslims. Beyond these debates, Indian law also recognizes caste or caste-like group identity among Muslims in other cases. This paper will provide a review of Indian law's recognition, treatment and interpretation of Muslim caste. It will also contrast this with how it approaches Hindu caste. In doing so, it will argue that a focus on the topic demystifies the notion of caste. It also reveals the Indian judiciary's rather inconsistent attitude towards Muslim caste. 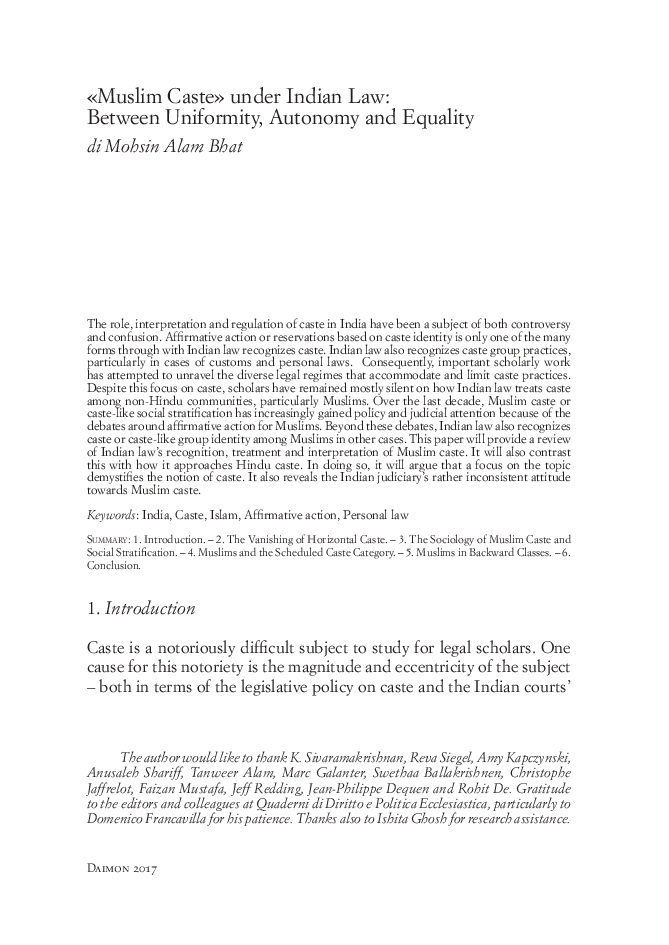