Romania is the only country with a Latin language and an Orthodox spirituality. From the beginning of the first Romanian Principalities, the relationship between Orthodox church and Romanian state has followed the Byzantine model of symphony. By the Unification of the Romanian Principalities in the year 1859, however, the Occidental influence had become increasingly obvious in the organization of the state, including matters relating to religious freedom and the legal regime governing religious communities. After the Great Union in the year 1918, Romania chose to give up the Byzantine model of church-state relations and introduce a system with Occidental origins, namely that of acknowledged cults. This system has been in force in Romania since then, with specific revisions in accordance with the socio-political realities of the time. This Occidental system of acknowledged cults, influenced by Romania's Byzantine heritage and some communist remnants, currently regulates the legal regime of religious freedom and religious communities in Romania. 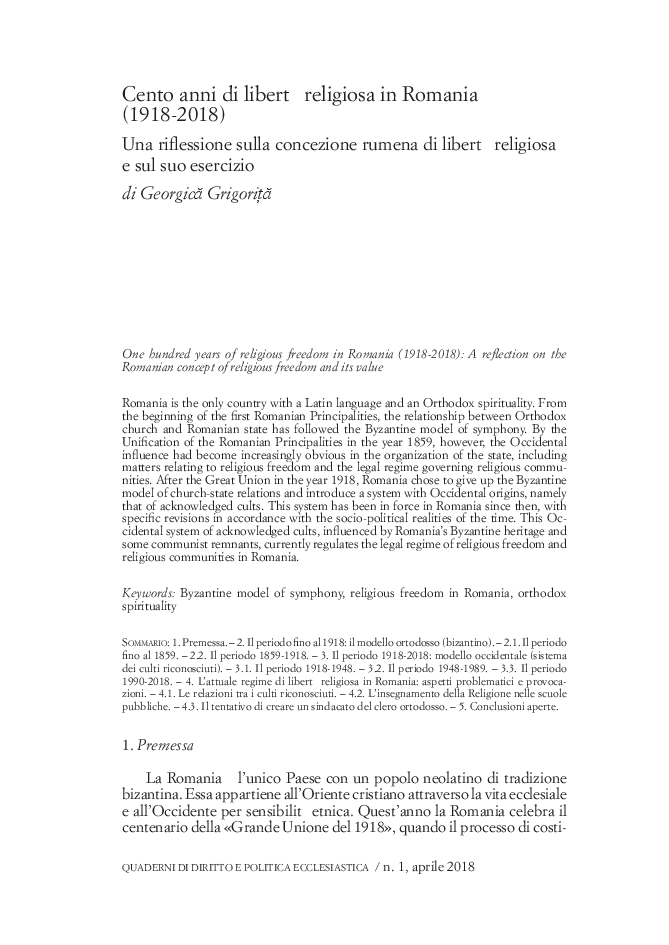