Punishment is of paramount importance in Hindu Law as the chief worldly means by which the sacred law of dharma can be put in force. The rules of dharma require the threat and use of the king’s punishment in order to be instituted among people. At the same time, punishment poses a danger to dharma insofar as its violence can potentially be used in ways that are harmful to it. Hindu Law, therefore, seeks to constrain the use of punishment by shaping expectations about its proper use. As a technical tradition addressing a body of existing legal norms and practices, though, Hindu Law not only discusses punishment in broad ideological terms, but also in relation to the specifics of legal procedure. In this paper, I discuss both dimensions, paying special attention to the ways in which they overlap. 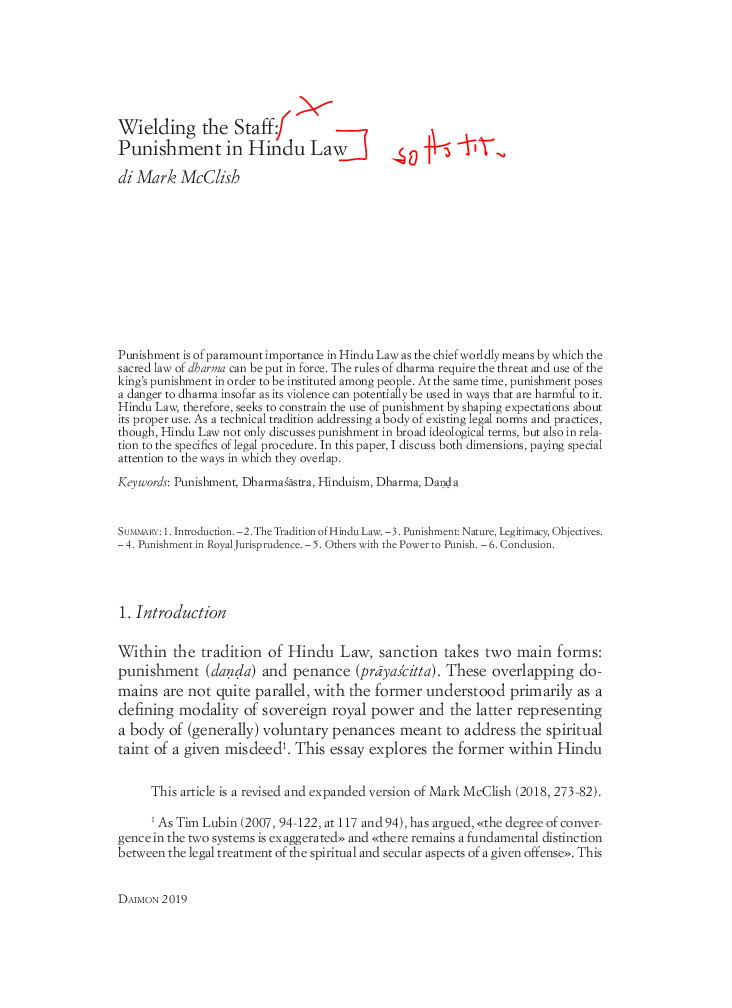