After a discussion of the euro-centric and aggressive character of Western civilization in the age of imperialism, this article argues that, beginning with Napoleon’s invasion of Egypt in 1798, Arabs nurtured an idea of Europe as lighthouse of progress. Later, however, they realized that Europeans were essentially colonizers. Europe was considered guilty of exploiting Eastern resources and oppressing Arab peoples. Therefore, the refusal of the West increased, sometimes in spasmodic ways. A number of Arab-Muslim intellectuals who criticized Europe and her cynicism are examined in the article, including members of the Muslim Brothers, Malek Bennabi, Muhammad al-Jabri, and Tariq Ramadan. While Europeans made little effort to recover their previous positive image, Arabs and Muslims were sometimes unable to update their old paradigms. A cohabitation grounded upon new rules is now urgently needed. Muslims must be fully aware that they are European citizens and actively participate in civil society, while non-Muslim Europeans must avoid marginalizing them in order to prevent their radicalization. 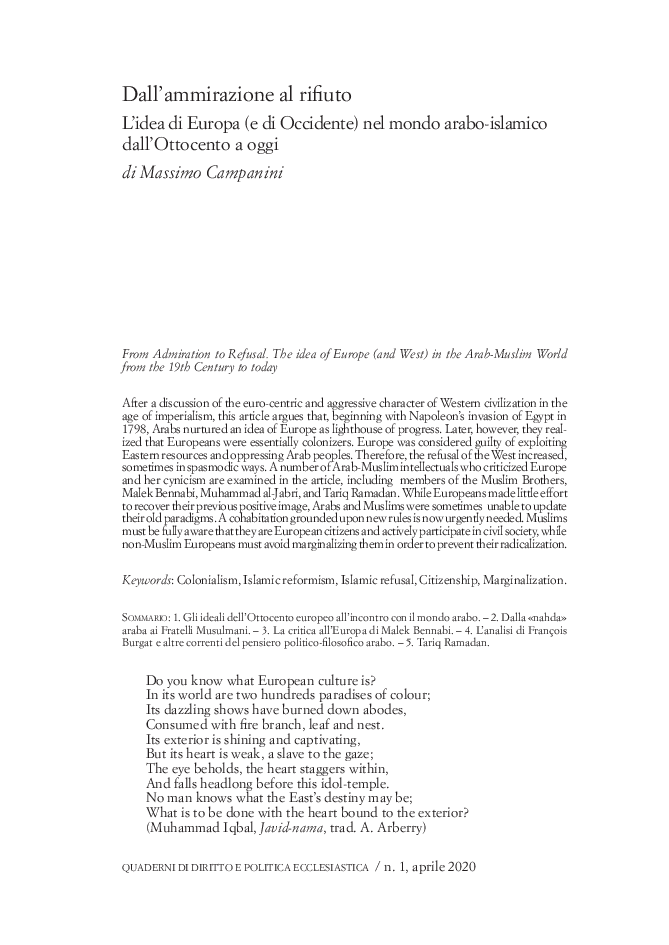