More than thirty years ago the pivotal Act no. 125/1991, on substantial equal treatment between women and men, entered into force and twenty years have passed since the so-called Code on maternity and paternity was enacted. Some decades after these meaningful legislative acts, the non-discrimination legal framework appears soundly different than it was at that time. The most recent statutory reforms lead to re-think about the non-discrimination legal framework as well as on women’s work. We asked sixteen scholars for some brief essays – to be published in the next four LD issues starting from this one – focused on four main topics: the notion of gender discrimination, the various understandings that characterize the discourse on gender identity, the effectiveness of the rights guaranteed by this field of the legislation, and the system concerning parental rights. Our aim is nurturing and presenting an open debate, fuelled through different voices, on the current dynamics and on their impact on the development of non-discrimination law’s core concepts, as well as on the “wordsµ used to express them 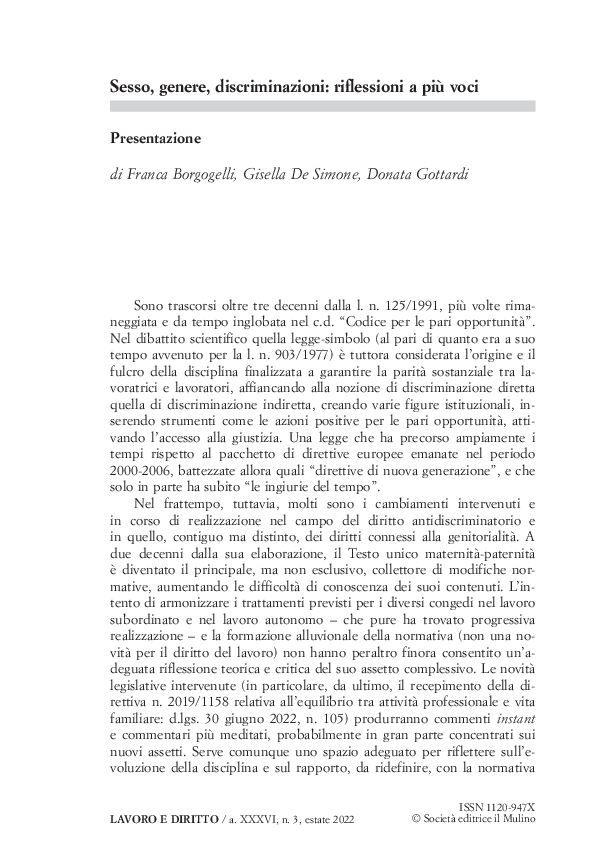