In the essay, the author reconstructs the legal evolution and the caselaw on freedom of movement of workers and on freedom to provide services, underlining that, at the beginning, the posting of workers was ruled by reg. 1612/68 and 1408/71. The annexion of that issue in the legislation on services, operated by the dir. 96/71 CE , doesn't overtake - according to the author - the egalitarian perspective: to protect posted workers, the directive obliges to apply them at least the same treatment assured to employees in the State of posting; at the same time, the application of the law of the host country doesn't have to alter the parity between the undertaking. It follows a reconstruction of directive that assumes the non-discrimination principles - between the workers and between the undertakings - as a fundamental rule: at the same time it tries to verify the compatibility with the exigency of protection of workers, recognised as an overriding reason of public interest that can justify a restriction on freedom to provide services. 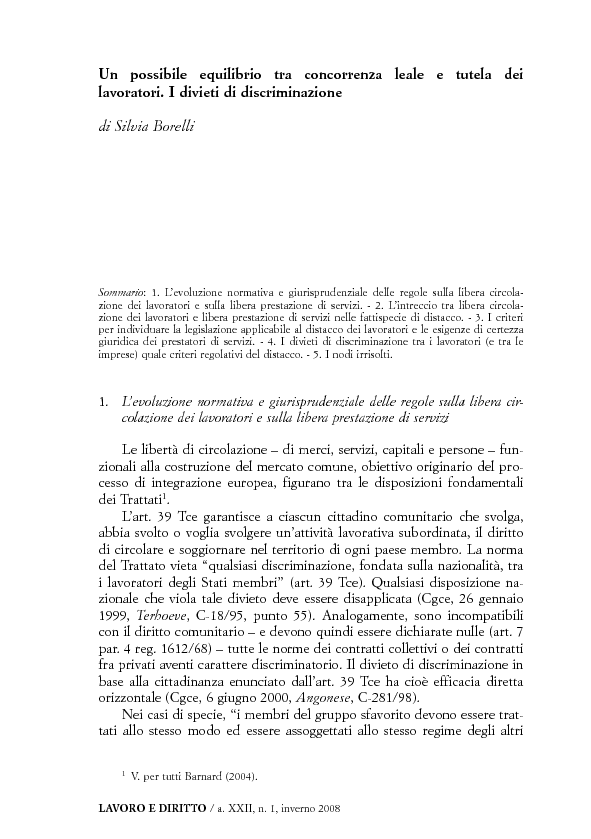