Uk labour law has recently seen a shift in the prevailing definition of the employment relationship, aimed at extending the range of casual workers and others in 'non-standard' relationships who are covered by basic labour laws. In this way the insider/outsider dichotomy is reduced. However, the move is controversial, in part, because in recognizing, across a wider range of contexts, a category of 'workers' who are not 'employees', the legislation runs the risk of creating a new, two-tiered employment status. The reform is supported, however, by the current government, as offering universal basic protection (in respect, inter alia, of health and safety, discrimination law and protection of freedom of association), while avoiding the imposition of excessive employment protection costs on all work relationships. It is a step supported by the Commission's June 2007 Communication on Flexicurity. This paper will review the experience of the new system, looking at relevant case law and the response of government to its operation. A striking and not very reassuring feature is the use by employers of contractual boilerplate aimed at evading even the most basic labour laws, and the often compliant judicial response to such attempts. 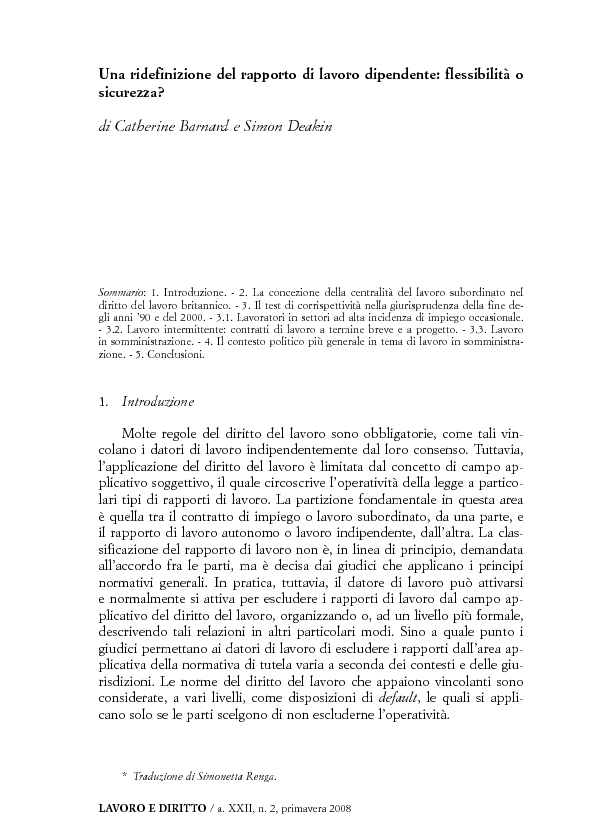