This article examines the effectiveness of sexual orientation discrimination laws prescribed by the European Union. In particular, the article analyses the Directive 2000/78/EC of 27 November 2000 establishing a general framework for equal treatment in employment and occupation, which was established under the powers conferred by Article 13 of EC Treaty, and examines the important role that the European Parliament has had, and continues to have, on the evolution of sexual orientation discrimination law and more broadly, gay and lesbian rights within the European Union. Analysis is also made of recent case law from both the European Court of Justice and the European Court of Human Rights in an attempt to demonstrate the progressive but limited nature of this area of law. As a main theme, the article analyses the recent case "Maruko", the first case decided by the Court of Justice under Directive 2000/78/EC that concerns discrimination on grounds of sexual orientation: in decision "Maruko", the European Court of Justice has ruled that the combined provisions of Articles 1 and 2 of Directive 2000/78 preclude legislation such as that at issue in the main proceedings under which, after the death of his life partner, the surviving partner does not receive a survivor's benefit equivalent to that granted to a surviving spouse, even though, under national law, life partnership places persons of the same sex in a situation comparable to that of spouses so far as concerns that survivor's benefit. Therefore, the main conclusion from the "Maruko" decision is this: in relation to matters falling within the scope of Directive 2000/78/EC, the Member States are obliged to treat in the same way married opposite-sex partners and registered same-sex partners, but only if, under the national law, in relation to the relevant issue, registered partners and married partners are in a comparable situation. 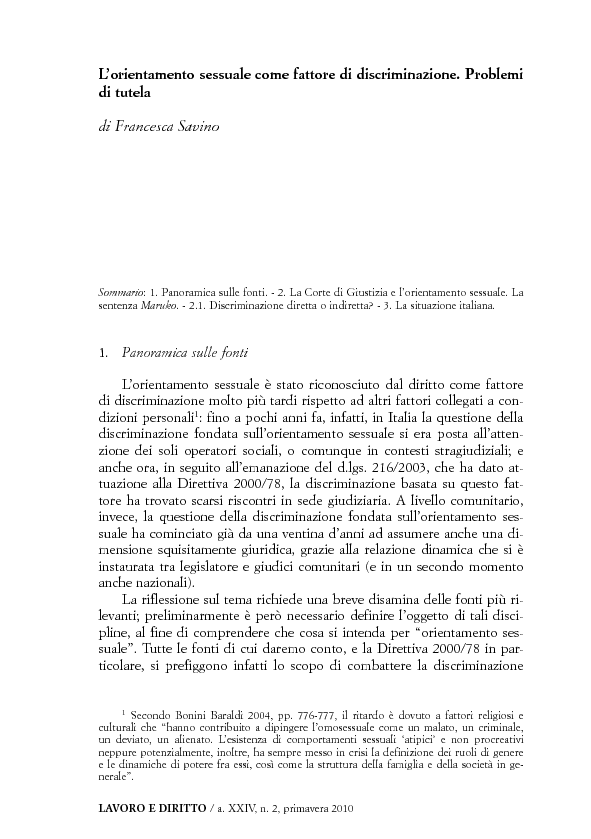