The essay deals with a parallel analysis of the labour market reforms implemented in two member states characterised by a common political orientation. Under the Aznar conservative government, Spain experienced since 1997 a deep process of labour market reforms - including «communitarized» issues such as fixed term contracts, part-time work, transfer of undertakings - which, at the beginning, have been negotiated with the social partners. The same thing is happening in Italy, where a governmental White Paper has been published at the end of 2001. However, differently from what had happened in Spain, the Italian reforms, currently under parliamentary discussion, have been immediately quarrelled by trade unions, who refused to agree with the major reform: that dealing with unfair dismissal legislation. Since the «Spanish model» of unfair dismissal legislation is often evoked in Italy as a way to be followed, the essay develop a joint analysis of the two reforms, in order to demonstrate that no comparison is possible between them. The essay is concluded by a series of observations dealing with the regulatory techniques adopted in the two countries in implementing such a huge programme of labour market reforms, and with the limited role played by the Ec employment guidelines in the shaping of those reforms. 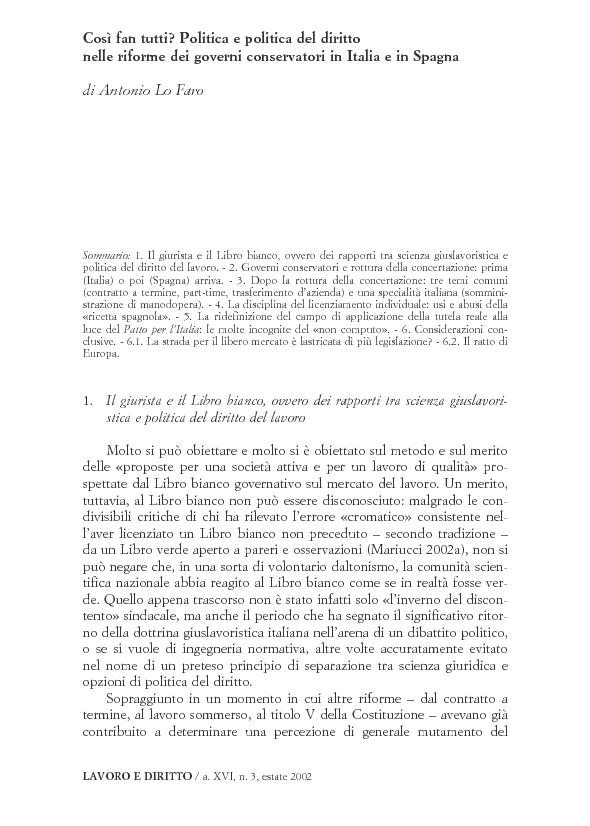