The objective of this article is to verify whether, following the changes implemented with art. 31 November 4 2010, n. 183 in sections 410 ss. c.p.c, the administrative conciliation of labour disputes is qualified as an alternative solution to court proceedings. To this end consideration is given to the debate that leads to archiving the obligation of beginning the legal proceedings first with an attempt of conciliation, which has now been modified to a voluntary/elective measure, thereby making a direct legal proceeding also possible. To achieve the objective, consideration is given not just to the general rule regarding the elective nature of the measure, but also to legislation on the subject matter, as well as exceptions which are still in force, among these the obligation of attempting a conciliation procedure before the opening of proceedings challenging the certification acts. The final part showcases and identifies a set of solutions which, according to the author, could be useful to counteract the challenges of the new discipline discussed in this study. 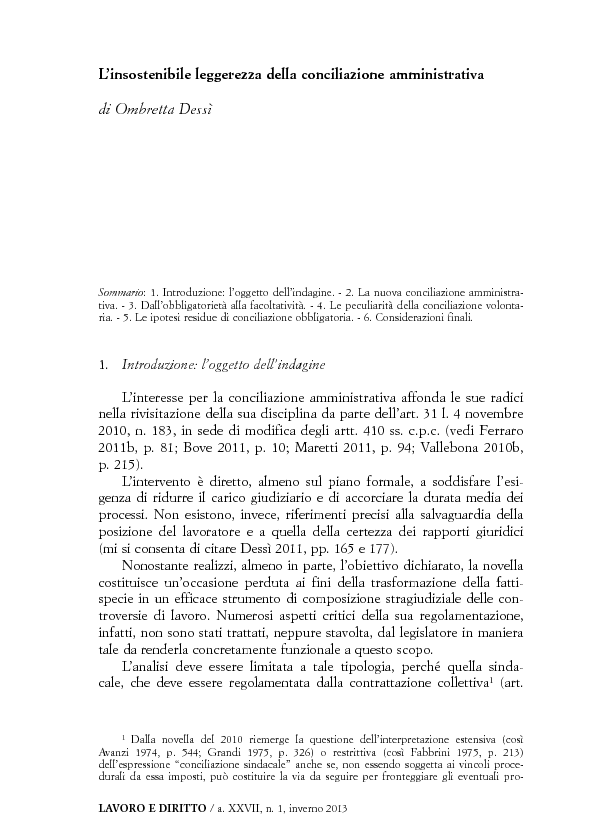