The essay considers the complex relationship between the economic and monetary union and the European social dimension, and the tension between the former and the Welfare State, fundamental feature of the modern constitutional order. The author critically indicates how the regulation on financial stability and budgetary control has been deeply threatening the national welfare systems, especially in Southern Europe. Moreover, this regulation has been enforced by a method, called European economic governance, that expropriates sovereignty from member States and ignores the fundamental rights of citizens. In the conclusion, it is underlined how the strong economic constrains have been modifying the democratic framework, binding the effectiveness of rights to the solvability of the States in crisis. 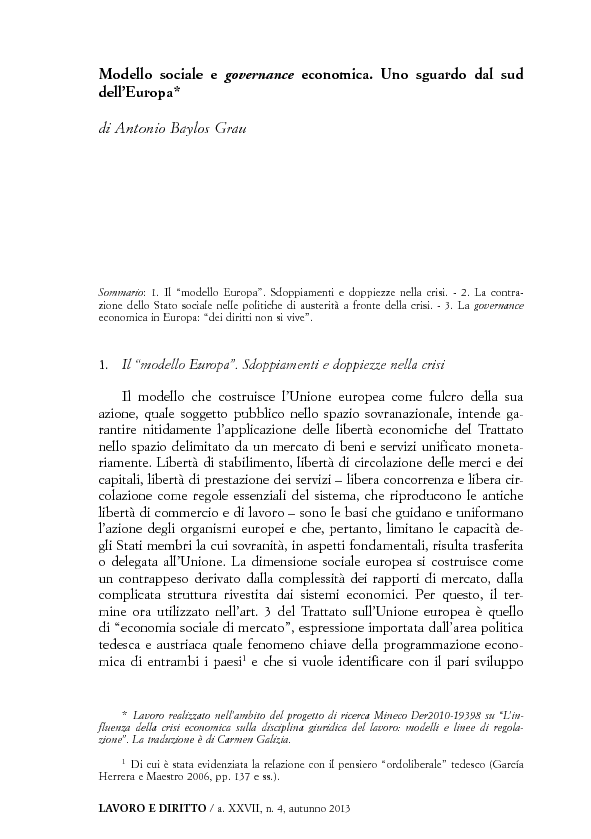