The essay considers the several attempts made by the Italian lawgiver with the aim of reducing, or even of setting aside, the justificatory opinion that any judge should include in his/her decision. Such attempts have some success, notwithstanding art. 111 al. 6 of the Italian Constitution, which states that every judicial decision should include a justificatory opinion. The last attempt, currently under discussion, is in the sense of saying that the judge should justify his/her decision only when a party asks for it, in view of an appeal. However, every statutory rule of this kind is clearly in conflict with the constitutional principle. 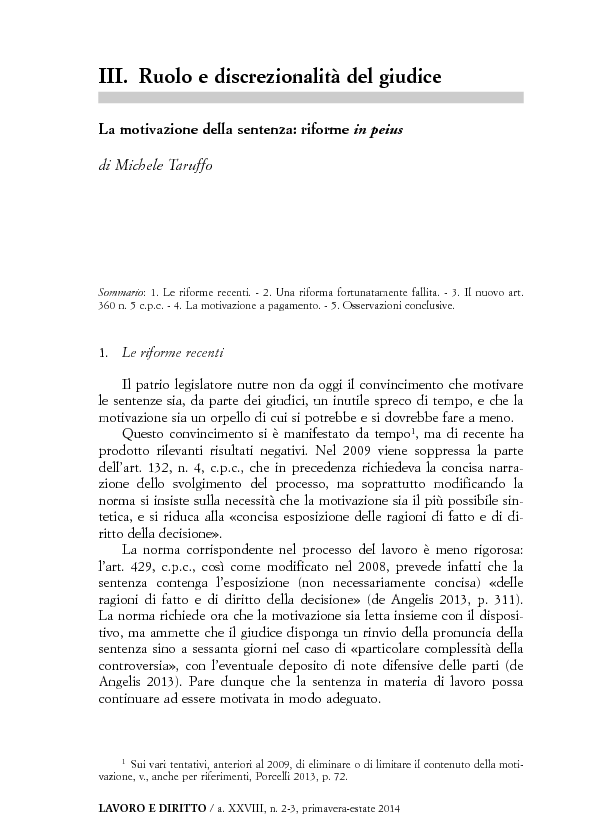