The Author examines some procedural mechanisms set forth by the new wording of article 18 of the Italian Statute of Workers, which has been amended by the Act n. 92/2012. In spite of their apparent neutrality, these mechanisms may influence both the judicial review and the techniques employed to test the lawfulness of dismissals. A number of scholars think that nothing has changed with regard to the foundations of the employer's dismissal power. However, since the first implementation of the reform, there has been a certain confusion about the new assessment model of dismissal's justifications and the new rules of evidence governing the decision making process. More precisely, the weight placed by the legislator on the employer's duty to allege the reasons of dismissal might lead one to conclude that the employer's prerogative to classify the type of dismissal has been strengthened, whilst, correspondingly, the judicial prerogatives have been restricted. At the same time, the possibility (introduced by the new wording of article 18) of the worker to change or amend the plea during the unfair dismissal proceedings leads to overturn the rules of evidence. 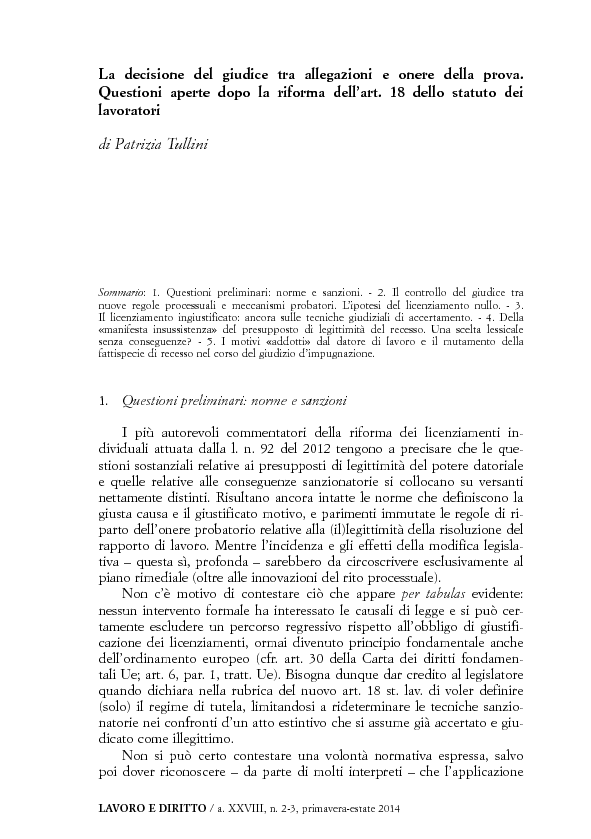