In the first part of the essay, the author, presenting how important rules, as Art. 1780 of the Napoleon Code and Art. 1628 of the 1865 Italian Civil Code, had been interpreted and applied, clarifies the path that led to the codification of the open-ended contract of employment and to the legalisation of the "licence" to dismiss in the XX century. In the second part of the essay, the author analyses the analogies between the rise of the open-ended contract and its current decline, underlying how, in this evolution, a central role has been played by the dismissal rules, now taken back to their origins. 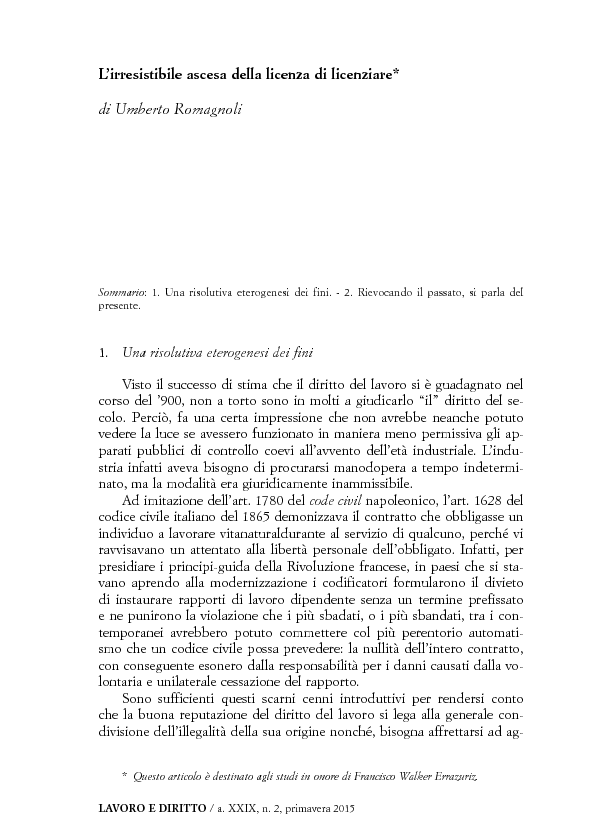