This article discusses two spee ches by Andrea Costa in 1883 on the subjec t of communal federalism. Both speeches came a t a time of public upheaval, driven by socialists, republicans and radicals, aimed at the re form of local and regional law. Costa argues for universal suffrage toge ther wi th an autonomous re form of public institutions. He demanded, on the one hand, tha t the right to vote be extended to all citizens, both men and women, and on the other, tha t governmental control imposed on cities be scrapped. In the most important mee ting of this time of unrest, which took place in Ravenna on 11 November 1883, Costa went as far as calling for the abolition of pre fec tures. At tha t point, his proposal was no longer simply a programme for different local administra tion but explicitly appealed for an autonomous re formation of the controlling order. It was a true lea p forward: from a simple administrative programme to a programme of Sta te re form. Key moments and events from the political life of Costa during the 1870s and '80s are also examined, high- lighting how his federalist plan is indebted to the tradition of anarchic thinking, where the federa tion of fre e communes replac es the centralizing Sta te. 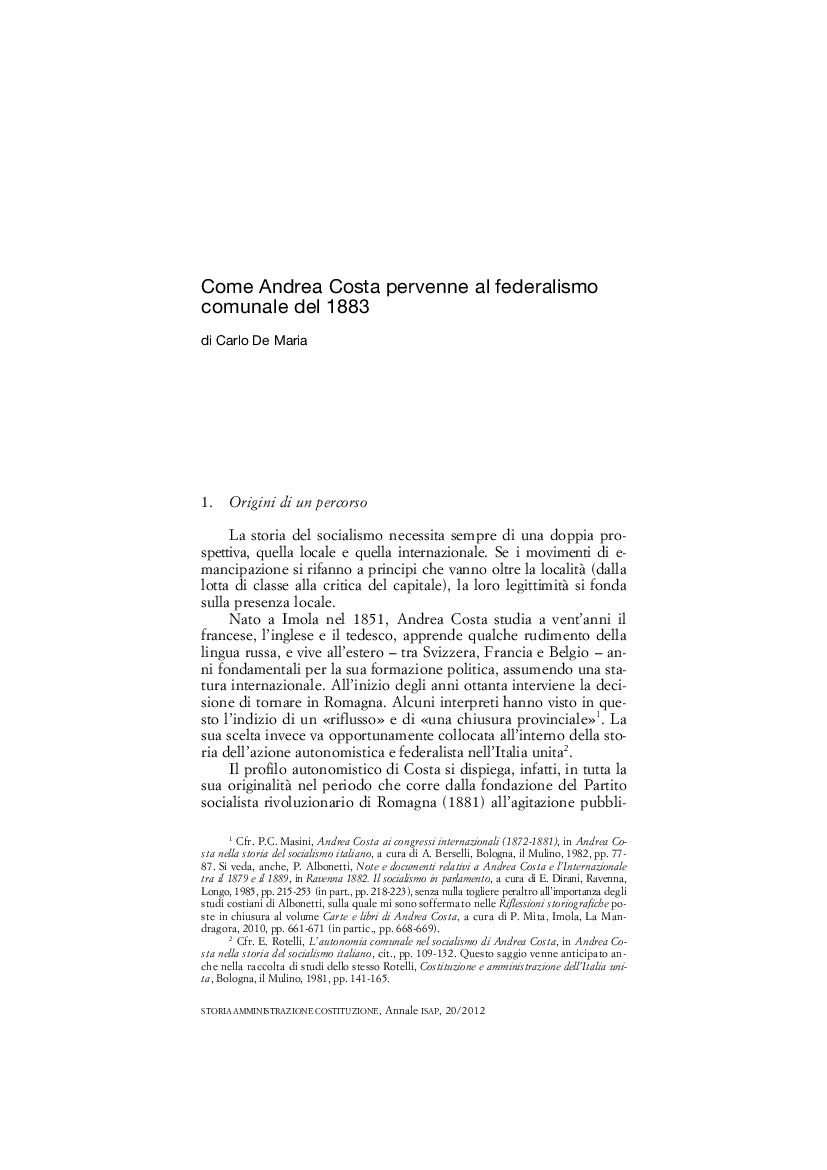