A semantic analysis of the term province, as it is used in legal texts during the last century of the Ancien Régime, can make use of various texts: royal decrees, arrêts of the Council of Sta te, complaints and decrees of the royal court, the minutes of local mee tings, administra tive correspondence or even scholarly works; all these texts offer many exam- ples of the use of the word province. This article aims to highlight the fac tors tha t distin- guish the different forms of territorial division, such as "gouvernement" and "généralité" - which can be confused in some case with the province - or "diocéses", "bailliage" and "séné- chaussée", "pa ys" or "région", focusing on the analysis of a selec tion of texts. These are all chara c terised by the fa c t tha t they offered, during the final century of the Ancien Régime, definitions and trea tises of the words in question: namely French language dic tionaries, en- cy clopedias, legal texts, toge ther wi th geographical works and monographs published at the time. Six key terms emerge from reading these texts - province, pays, région, gouvernement, généralité and intendance - which shared some similar chara c teristics, notably tha t of desig- nating are as of land. These terms can be divided, then, into three ca teg ories: 1) those tha t re flec t spatial zones or areas of the population. The areas de fined by writers of the era as région and pays fi t into this ca tegory. Though these words are sometimes synonymous or linked to e ach other, there are also important nuances to ea ch of them; 2) those that re fer to territorial divisions tha t were born from a political desire to dominate space. The entities tha t were crea ted by the sovereign to guarantee rule over the land belong to this ca tegory, namely gouvernements, généralités and intendances; 3) finally the province, a wide-ranging term tha t carries a plural and hybrid significance. Indeed, 18th century writers could offer five different interpre ta tions of area and three different understandings of the province. 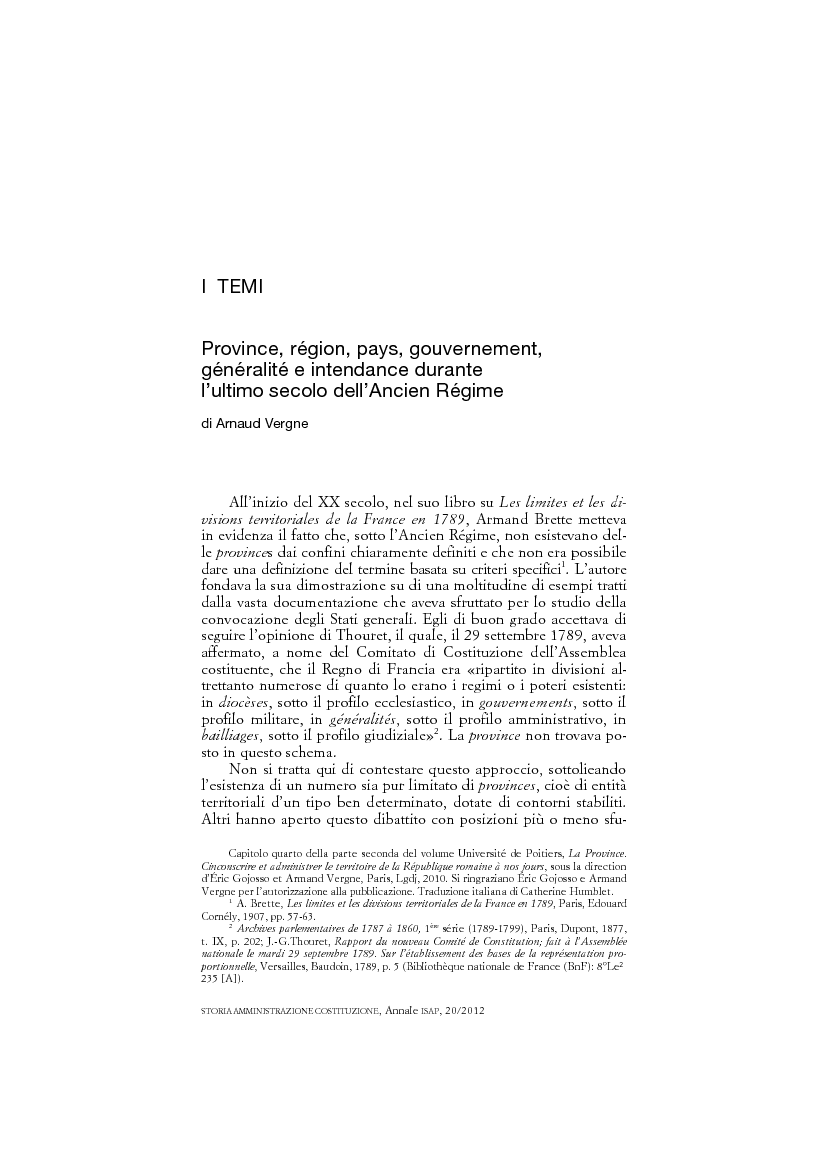