The term province, which was in the past used in ecclesiastical and financial contexts, underwent various attempts to rede fine it in 18th century France. Be fore, from the 15th century, the term was used indiscriminately to designa te different territorial subdivisions. The province, then, was likened to the 'bailliage' (bailiwick), the 'sénéc haussée', the 'gouvernement', the 'généralité' and, in the 18th century, the words province and 'intendance' were considered synonymous. More generally, the province is understood as a product of the land and of history, of nature and man; and the term signified above all a community of customs, habits, language, spirit, routines, and sometimes political, administra tive and fiscal institutions. Sovereign power conceives in particular of the province as a territorial spac e tha t is subjec t to the omnipotence of the ruler. Royal courts, for their part, sa w it as the indispensable basis for the expression of so-called provincial fre edoms, that is, an instrument of opposition to regal power. Traditionalist authors similarly liken the province to an entity tha t is subjec t to the authority of intermediary bodies, to the domination of the privilege of rank and the order of socie ty as well as that of the sta te assemblies. Challenging the traditional idea of the province is similar, then, to questioning these different conceptions of it and their implica tions. In other words, it is a question first of all of finally providing the province with an administra tive sense. This ambition was declared, in the mid-18th century, by an ecle c tic current of thinking, which brought toge ther a group of distinguished reformers. The re formers' objec tive was, in reality, to fight against the provincial oligarchies and the king's offic ers, so as to renew and regenera te the rela tionship betwe en the institutions in the province and central power. Two key ideas emerge from the different plans tha t were put forward in the second half of the 18th century. On the one hand, there was a movement towards a rearrangement of the administra tive bodies a t the provincial level, prompted mainly by the problem of putting an end to assemblies of privileges. On the other, some plans came to rede fine the func tion of the ruler in the provinces by considering the various new assemblies as new local and regional intermediaries betwee n the political and administra tive rule of the monarchy. 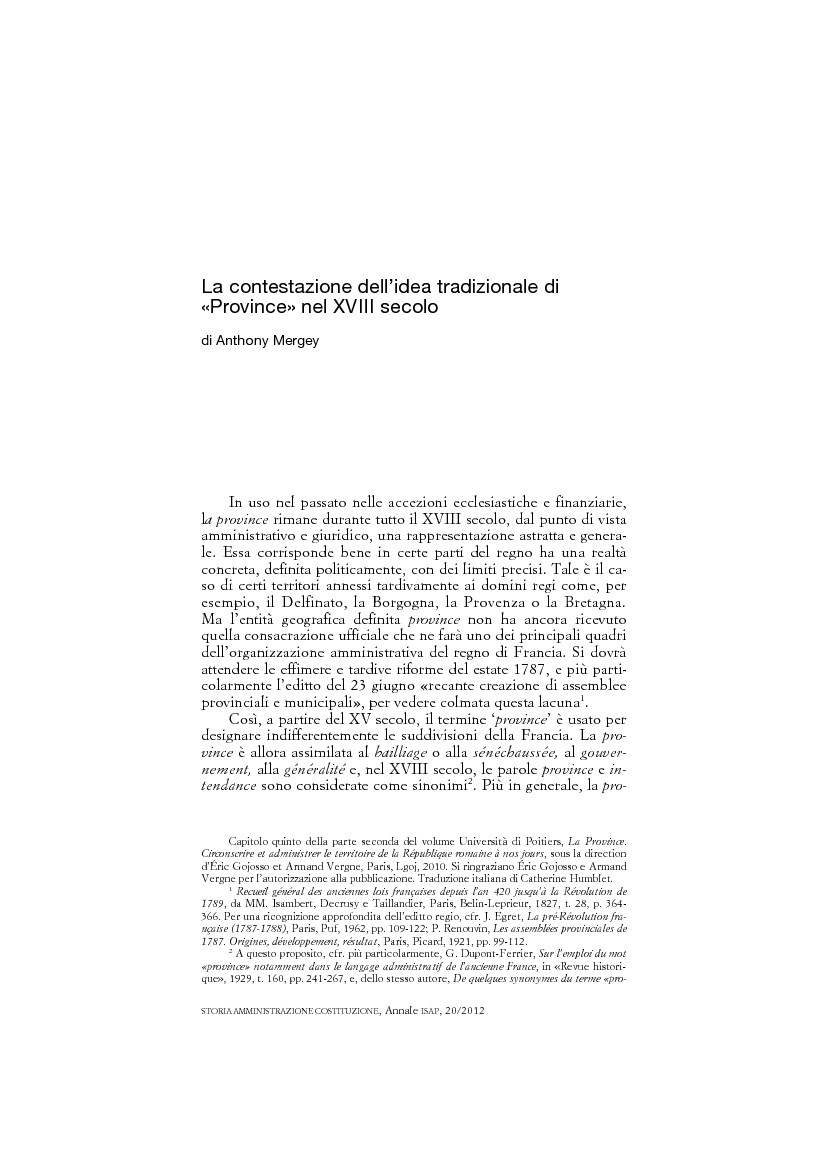