Studying the process of the unifica tion of the financial system is particularly complica ted, since questions of bureaucra cy and organisa tion are intertwined wi th fiscal and financial ones. To understand the unifica tion of the financial sec tor, it is wise to not talk only in terms of a 'Piedmontisa tion' sic et simpliciter, but ra ther to consider it a complex process a t the centre of which was the need to be able to rely on struc tures c apable of guarantee- ing the collec tion of taxes, a t the minimal cost to the sta te. The Piedmontese model was preferred a t first: e very office of sta te was connec ted to peripheral offices, via intermediary departments, which were supra-provincial in nature. Subsequently, it was thought nec- essary to bring some order to the disordered struc ture of the peripheral offices, and the model of the Revenue Office was preferred, which had already been in place in other re- gions before unifica tion, such as the Vene to. This provided grea ter control - at the provincial level - over the structures tha t comprised the financial system. This study shows tha t the 'Piedmontese' model was used above all from the point of view of the organisation of work, and in this sense the laws approved by ministers such as Quintino Sella were the first step towards the crea tion of a unified and e ffe c tive financial system. 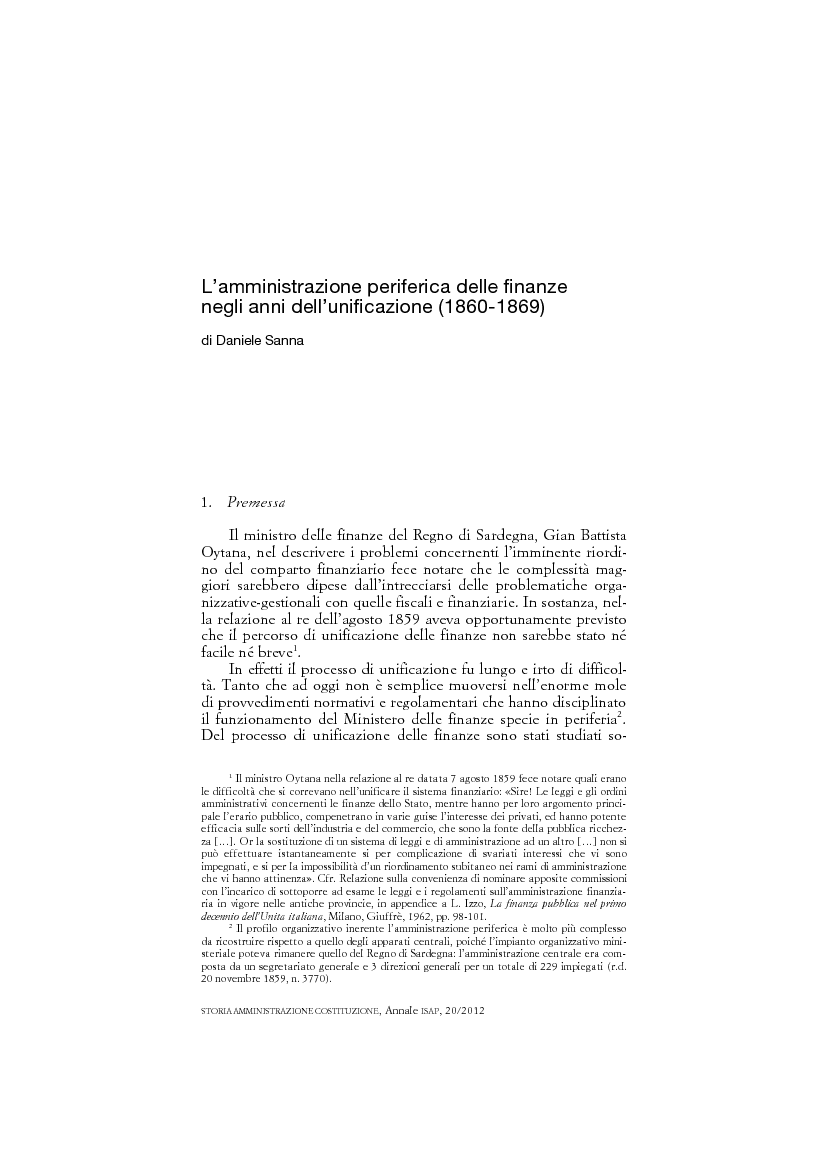