"In presenting to you this new bill, I was convinced tha t there should only be one Corte de' Conti (Court of Auditors), so tha t it corresponds to the political and administra- tive unity of the kingdom." With these words, on 21 November 1861, the then minister of finance, Pie tro Bastogi, introduced his proposal for the institution of the Court of Auditors in Italy to the Chamber of Deputies. This article aims to analyse the main points of the in- tense debate tha t animated the Chamber of Deputies and the Senate during discussion of the bill. The question, in fa c t, was of interest for various different reasons. The first, and most evident reason, was the importance of the institution that was to be cre a ted: it was the first judiciary to have jurisdiction over the entire kingdom, as those from the commit- te es and departments examining the proposal, which was modified severa l times, frequently noted, as did the finance ministers who supported the bill, which was essential for a unified budget. It is important, then, to analyse whether the construction of such an institution - both in the definition of its basic struc ture, and in the assessment of the functions it ought to carry out - was cre a ted with due diligence to the various implica tions that emerged in the course of the parliamentary process. But it is also necessary to consider tha t in the par- liamentary discussions some of the most important questions of the time emerged, which animated Italian political and constitutional deba te (and indeed still animate it today): the crea tion of a communal institutional body fac ed with very different juridical realities; the relationship betwe en the two Chambers; the rela tion betwe en political and judicial power; the lega cy of the Napoleonic system of administra tion and the idea of crea ting "gre a t bodies" of the Sta te; the role of the Albertine Sta tute; and even the exte nsion of royal pre- roga tives. Toge ther with these there are other less interesting points of re flec tion, for example, the idea tha t parliamentarians of the time, or a t least some of them, had tha t corol of the Court of Auditors would be subjec t to "checks and balances", like Anglo-Saxon political culture, and the possibility to carry out a significant comparison with the constitu- tional arrangements of other European countries that served as the main points of re f ence for legisla tion of tha t sec tor. 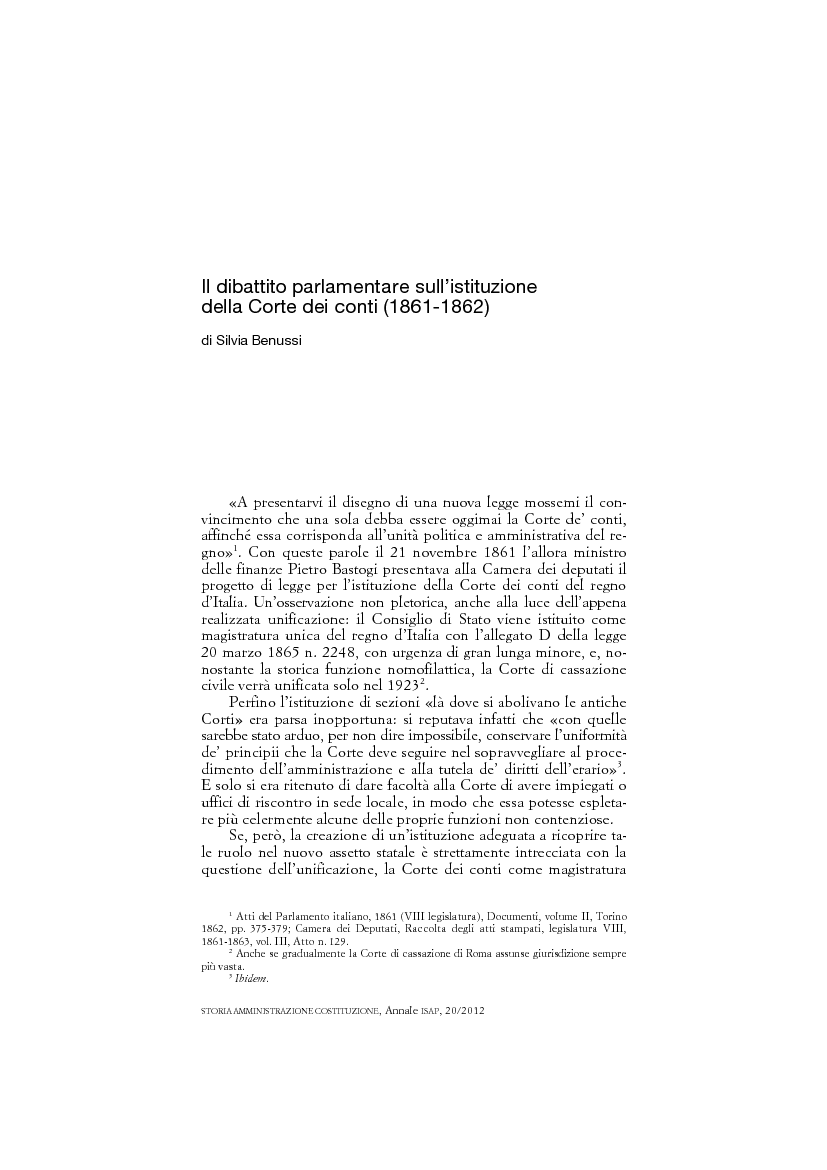